Today, I’ve had another venture west across the Pennine Hills, my third or fourth visit to the north west in a month. This time to pick my mum Maggie up from my sister Helen’s home in Macclesfield, where she’d spent a few days with her youngest offspring. A visit including mater’s attendance at a performance by the Macclesfield choir who count among its throng the sibling ten years my junior.

Although I’ve not been to rehearsals for a good few weeks, like our Helen, I’m also a member of a choral assembly. A fact that recently manifested a parody rivalry between my sister and me, with consequential whimsical quips whether my choir would beat hers at reaching Number One in the Christmas music download charts. To GJ Strachan’s mind, my choir’s festive offering ‘Michael Buble’s Mistletoe Mystery‘ a far superior musical composition than her bunches effort, titled ‘Sleigh Bells And Kittens’.

Our Helen picked Maggie up from her East Ardsley home on Friday evening. According to mum, in the way of practising on the hour long drive to Macclesfield, our Helen sang all sixteen songs she and her choral buddies were scheduled to perform the next day. An epic effort from my sis which was so beautifully performed that on its conclusion our mother was moved to exclaim “Watch out for that bloody idiot in the van, he’s switching lanes like a bleeding whirling dervish!!” 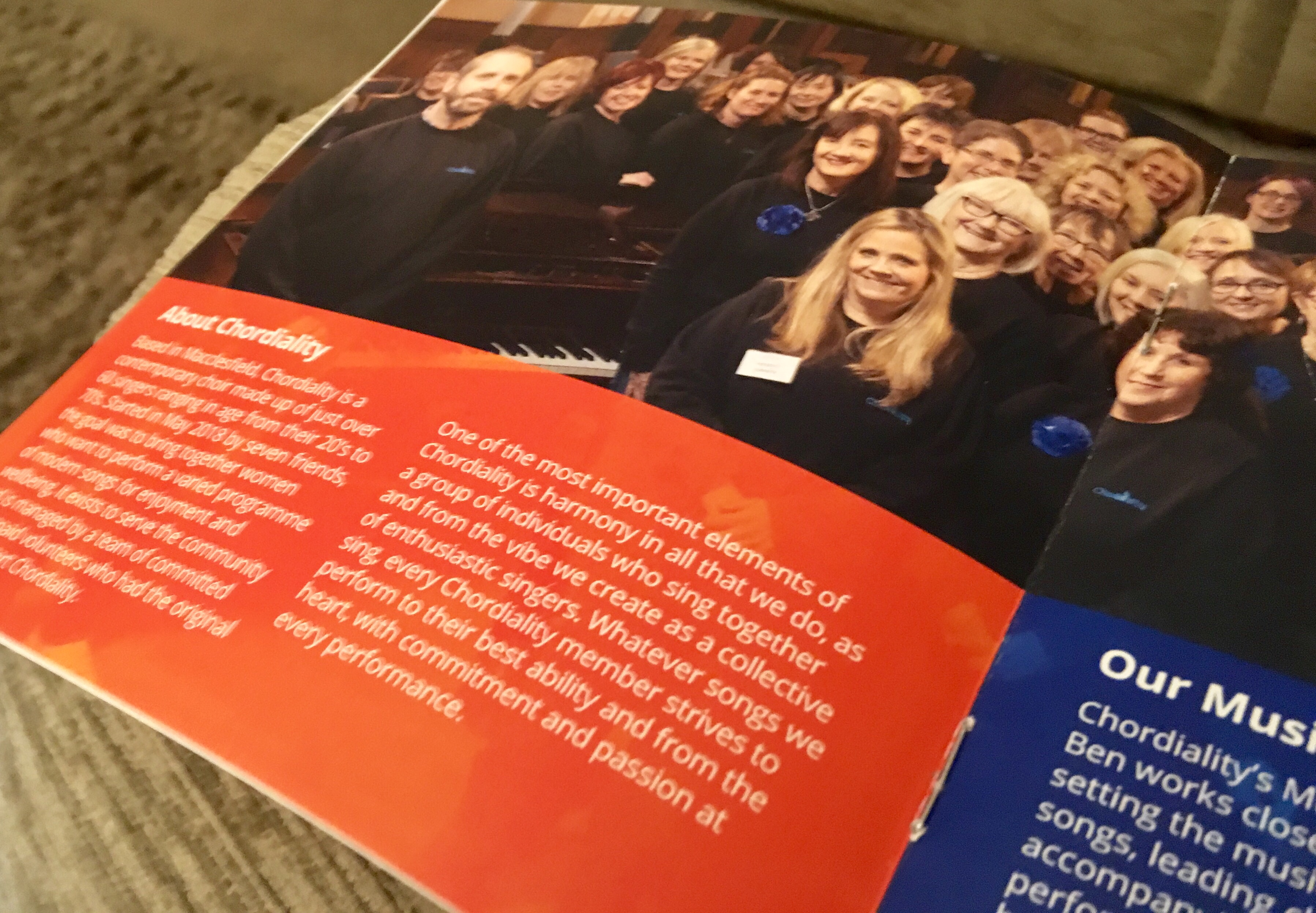 On our journey back to Wakefield this afternoon, my competitive attention seeking side manifested itself on hearing about our Helen’s airing of her vocal chords while Cheshire bound. As a consequence, driving east on the M62 motorway, I felt moved to blast out a moving version of Frank Sinatra’s 1959 hit ‘High Hopes‘. On concluding this stirring baritone refrain, I enquired what Maggie thought of my efforts….. After a brief pause, she responded excitedly “Watch out for that bloody idiot in the van, he’s switching lanes like a bleeding whirling dervish!!”

I’ve written before that our mater finds giving plaudits to her children difficult. We (Helen, my brother Ian and me) have many qualities, but Maggie Strachan is from an old school of parenting which frowns upon her offspring putting their heads ‘above the parapet’ for fear of what others my think. An ideology that rarely raises a complimentary response by the old lady to our creative or artistic ventures.

If we’re lucky we may get a ‘supportive’ retort of “Hmmmmm” from mater when asked about our escapades when not parapet concealed. According to our Helen, after her choir’s performance on Saturday, mum was reticent to give her or her group accolades for their choral effort. Instead choosing to highlight how good she thought two of the other acts in the show had been.

That being said, I could be being unfair to Maggie Strachan. She might actually not feel our Helen’s singing, Ian songwriting/guitar playing and my writing are worthy of acclaim. In which case she could rightly argue that she’s guilty of nothing other than displaying honesty. She may feel that the highest accolade she can genuinely posit is “Hmmmmm” when asked to critique her children creative wherewithal.

Luckily my siblings and me realise we won’t get any overly enthusiastic support for our art; consequently, her indifference to it doesn’t really get to us that much…… Honestly!!!

Incidentally, ‘Michael Buble’s Mistletoe Mystery‘ is available from all good (along with some pretty crap) record stores, and to download, on November 25th……. I’m unsure when ‘Sleigh Bells & Kittens’ is released; however if I was you I’d give it a wide berth as it sounds a right load of s***e!!