Sitting in a South Leeds shopping centre café, the inaugural paragraphs of this monologue are being written during a thirty minutes period I’ve to kill while waiting to start a stint of voluntary work for a national cancer charity.

My medio iced Americano staring back at me, I panoramically scour the tables of this multinational franchise cafeteria. My goal that of spotting a fellow customer who inspires today’s prose with an act of idiosyncrasy, such as eyes that rotate clockwise*** when they spoke, or exhibited the habitual tic of sporadically shouting “Where’s my latte gone, Mavis?!” despite it sitting right in front of him.

Late US crooner Perry Como once submitted in refrain that the bluest skies he’d ever seen were in Seattle. Having never visited the US west coast seaport I can neither confirm or refute Pierino’s opinion, however I can relay with confidence the pinkest top I’ve ever seen is in a South Leeds coffee shop.

This garment currently being worn by a lady on the adjacent table, who I suspect is called June. An assumption made by yours truly as her friend has just addressed her with that name.

That being said, the lady in the pink blouse could possibly be part of the witness protection programme and her buddy is using an alias to maintain June’s anonymity. However, with the brightness of this item of clothing, I’d venture June isn’t behaving in a manner where she wants to maintain her stealth, making my theory unlikely.

If pushed to describe the item of clothing’s colour the most apt I can think of is ‘neon pink’. This most vivid of cerise colours, illuminated further by an almost glow in the dark quality leading to thoughts June was plugged into the mains electric. If she is, though, I’m unable to see the bulb and or a conduit cable providing the aforementioned power.

Seeking a second opinion on the actual colour, I’ve text a picture of June’s blouse to an unenlightened friend, who felt moved to describe its chromatic shade as ‘baboon’s arse pink’. The crudeness of his response not entirely surprising, or to be honest incorrect. I’d wager, though, that Dulux or Crown paint production companies won’t be adopting that name on their paint charts any time soon!

I’m starting this segment of the narrative after three hours of collecting for MacMillan Cancer Support in the M&S Food Hall at the White Rose Shopping Centre. As I’ve journaled on numerous occasions previously, this voluntary work is an activity I find cathartic and uplifting.

That being said, undertaking the task in that particular location between 11am and 2pm when your stomach is craving lunch introduces challenges for the volunteer. The hapless  enlistee, who’s lunch is overdue, tantalised while standing collection bucket in hand adjacent to the checkout, witnessing hundreds of delicious looking M&S food products being scanned.

Anyhow, due to the benevolence of the M&S customers, it proved to be a successful three hours. A time of restoration of faith in humanity; proof that kindness and selflessness aren’t the archaic qualities they sometimes appear. 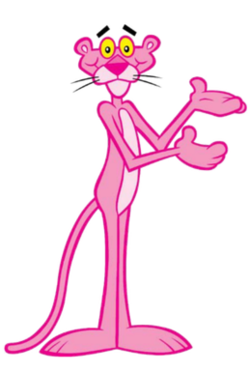 At 2pm I left the store and headed back to the same coffee house; here I ordered a sandwich to negate the hunger pangs which manifested in M&S, along with another medio iced Americano. Unsurprisingly, as it was three hours since leaving the café, June had left and the need for shades to protect my eyes from the ‘baboon’s arse pink’ blouse were no longer required.

Scanning the adjacent tables it became clear the coffee house also still bereft of patrons whose eyes rotate clockwise when they spoke, or exhibited the habitual tic of sporadically shouting “Where’s my latte gone, Mavis?!”

I’m going to bring this narrative to a conclusion now, finish my medio iced Americano and go home to polish my ever weightier halo!