Tomorrow I’ll be part of a voluntary team running a tombola stall at Rothwell Carnival, aiming to raise funds towards the provision of Marie Curie end of life nursing.

These benefactions including toiletries, books, scented candles, fashion accessories, pottery ornament and clothes…… Although, I suspect the clothes draped over the dining chairs aren’t tombola prizes; moreover my wife’s ironing. I’d best bear that in mind when labelling up the stall’s bounty later this afternoon.

This treasure trove of donations, with the metaphorical Midas touch of our stall customers, turning into the ‘gold’ underpinning provision of care for terminally-ill patients, along with financing supporting beleaguered families.

I’ve said it before and I’ll say it again, the munificence and humanity displayed by individuals towards supporting cancer charities never fails to amaze me. By the look of it, my wife even donating her ironing; going as far as pressing it prior to donation!!…. My diminutive spouse is generous to a fault.

Never having facilitated a tombola stall before I’m unsure of what to expect. I’m unfazed though, envisaging it’ll be a straight forward enough task. I’ve been practising shouting “Roll up! Roll up……” all week in preparation to attract customers to our stall. If I can just remember NOT to suffix the sentence with “…. Come see the amazing bearded lady!!” I’ll have cracked it……. Unless I can find a bearded lady in the interim, in which case it won’t really matter!!

Of course, the bearded lady comment is paradoxical and in reality charitable organisations would, of course, deem it as an inappropriate way of fundraising. Any words in my blogs are my thoughts. Some lighter hearted ones on occasion are fictional, but be sure none are ever proffered with a view to offend anybody.

Unless specifically requested to do so, I don’t speak on behalf of any of the many charities for whom I’ve undertaken voluntary roles.

I’m going to have to bring this monologue to a conclusion presently. My time required to add raffle tickets to tombola prizes. A simple enough task, however one I’ve procrastinated over fulfilling all week, leaving my less than 24 hours to undertake. 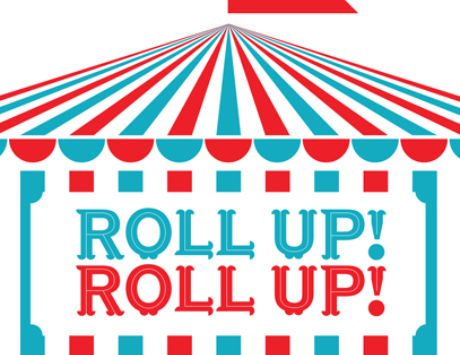 Before I go, as an aside, it was good to see the England cricket team reach Sunday’s final of the ICC World Cup. Yesterday’s comprehensive semi-final victory over Australia seeing Eoin Morgan’s men securing their passage into a winner takes all clash with New Zealand at Lords.

Hopefully, the three lions cricketer’s can win their first World Cup with a similar emphatic win to that experienced over the black capped kiwis in the group stages. A game at Durham’s Riverside ground which I was lucky enough to attend.

As a former cricketer and fan of the game, It’d be nice to see England prevail at cricketing HQ, reaching the game’s global summit for their inaugural occasion.

Incidentally, talking of winning, if you’re in the Rothwell area of Leeds tomorrow and would like an opportunity to win toiletries, books, scented candles, fashion accessories, pottery ornaments or my spouses ironing, keep an eye out for the Marie Curie tombola stall.