After a pleasant restaurant lunch to celebrate Mrs Strachan senior’s birthday, late afternoon saw Mrs S junior (Karen) and me pay a visit to St James’ Hospital for my spouses scheduled consultation with an oncologist.

We talked Mrs Strachan senior (Maggie) out of joining us, the spouse and yours truly deeming an oncology unit waiting room was no place to spend any part of your birthday.

Ordinarily, I’m fairly pragmatic about the hundreds of hours we’ve had to spend in various medical establishments since Karen’s diagnosis nearly eight years ago. Today, though, I felt truly fed up making yet another sojourn to the famous hospital in the Burmantofts area of Leeds.

Sitting in the waiting room, my thoughts turned to that most capricious of all mistresses Karma. In particular it’s opinion I’ve not yet paid my dues for stealing four segments from my brother’s Terry’s Chocolate Orange at Christmas in 1976……. One thing is for sure, if I’m ever redeemed for this crime, you can bet your ass the pilfering of orange flavoured chocolate products won’t ever blot my copybook again.

This afternoon, the waiting room was chock-a-block. Incidentally that wasn’t stolen orange chock-a-block, which I thought I’d add in the event Karma’s reading this narrative. I’m told, despite overtly dissing my writing ability, the righter of wrongs is among my readership.

Although I take that comment with a pinch of salt as the person who told me that also reckoned Winston Churchill was a big fan. With Winnie being dead for over 50 years, unless WordPress websites have an electronic link to the afterlife, I’d say the bearer of this news is at best economical with the truth and at worst a right lying b*****d!

Anyhow, back to this afternoon’s scene in the hospital waiting room……..

With the heat and long wait times, there were a few individuals around me in a state of sleep, snoring like indignant warthogs. Well, I’m assuming their slumber induced racket was a consequence of the warm environment and patient delays – Not that Karen and I had inadvertently wandered into the narcolepsy department. 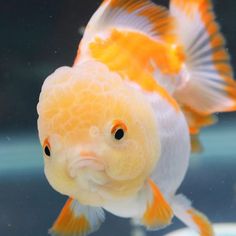 As Karen and I waited, I noticed a fish tank opposite containing seven goldfish. With this being less than ten foot away, my observation skills could barely be classed as Marples-esque. However, I was observant enough to notice one of the fish wasn’t moving much.

Initially, my overthinking mind pondered that the fish maybe afflicted with a goldfish version of narcolepsy. Then I grew evermore anxious at the possibility the cyprinidea maybe moribund, raising the conundrum whether I should activate the hospital’s cardiac arrest alarm to alert that goldfish defibrillation maybe required.

Thankfully, though, after mulling it over, I concluded that water and electricity weren’t natural bedfellows. Consequently, I decided against raising the alarm for someone to fire a high voltage into a moribund fish. A ludicrous notion, especially, if you wanted to avoid wiping out all seven fish and the doctor undertaking the resuscitation.

Anyhow, thankfully the goldfish did become animated again shortly after. Whether it perked up after getting wind of my well-meaning thoughts it was in need of a defibrillation I’ll never know. I was buoyed, though, by it’s apparent resurrection,

It was heartening to hear the oncologist later telling Karen that her tumour markers were still stable…… Not such a bad day after all!