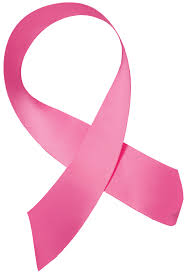 It was November 2010 and we’d just been well and truly blindsided by the diagnosis of my wife’s incurable cancer. Everything was a blur then and, at times, remains so now.

Amongst the few things I remember, after we left the consultants office, was being informed by the MacMillan nurse we had just embarked on a journey that would be a real rollercoaster ride. It wasn’t a rollercoaster we wanted to be on. In fact it was one we hoped we wouldn’t be allowed on due to my diminuitive wife failing to meet the required height! Sadly, that wasn’t to be!

Of course the nurse was referring to a rollercoaster metaphorically! She was conveying, to two stunned people, that it wouldn’t all be terrible days for Karen and I. Many would be significantly more manageable.

They were words you don’t envisage when you hear a diagnosis of this nature. With having no experience of living with this rancid illness, I didn’t understand how that could possibly be the case. Surely everyday would be terrible! Wouldn’t it?!

Thankfully, she was right and during the years of living with this, Karen and I have ticked off many things on her bucket list, such as visits to New York, Rome, Florence, Bruges, Pisa and the Post Office at East Ardsley, Wakefield!

Additionally, we have celebrated many special family milestones Karen initially thought she would never see. They include our daughter and son’s 21st birthdays, my wife and my Silver Wedding anniversary, my 50th birthday, the hamster’s bar mitzvah and the unveiling of brother Ian’s waxwork at Madame Tussauds .

It wasn’t really my brother, it was a waxwork of his doppelganger TV star Harry Hill. However, he gets lots of mileage telling anyone who’ll listen that it’s him.

Some people believe him, some think he’s talking nonsense and one person kicked him in the nuts as they didn’t like Harry Hill! …….. It has to be said I was disappointed with mum for doing it but she can be unpredictable that way! 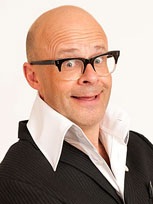 There are also times when everything seems fine but you get sideswiped and the circumstances you are living with cut you to the very core!

For example, the other day I was sat waiting for Karen at the MacMillan cancer support centre at St James Hospital, Leeds. In the calming environment of the comfortable waiting room, I was sat with my iPad writing a blog about Muhammad Ali, whilst Smooth Radio played harmlessly in the background.

I found the atmosphere in the centre conducive to relaxation, apart from the bloke next to me snoring and occasionally shouting “Aaarrgh!” in his sleep! It was refreshing to experience a rare moment of escapism from our situation.

Unfortunately, there wasn’t any longevity to this calmness. It was soon to diminish when a song from our wedding video 27 years ago started playing on the radio!

On hearing this sentimental song, the hairs stood up on the back of my neck and my mouth morphed into the dryness I experienced the morning after my stag do. Trust me when I say, listening to the lyrics of the Heatwave song Always & Forever in a cancer support centre, waiting for your incurably ill wife, is pretty hard hitting!

As I became conscious of the song playing, I stopped writing, gave a loud sigh, sat back on the comfy sofa and cursed Smooth Radio for inadvertently changing my mood!

When the song finished I soon recomposed myself, before returning to writing on my iPad, whilst I waited for Karen to conclude her hypnotherapy session. On her return, I avoided relaying the tale about the Heatwave song. Her treatment seemed to have calmed her and I didn’t want to risk negating that. We left the MacMillan support centre and embarked on a twenty minute journey home with me in a reflective mood.

On the way home it became apparent I might have been a bit premature with my judgement on the calming qualities of Karen’s hypnotherapy session. I got this impression when, halfway around the inner ring road, she started singing a fairly aggresive version of the JayZ rap 99 Problems! ……… Surprisingly I wasn’t one!