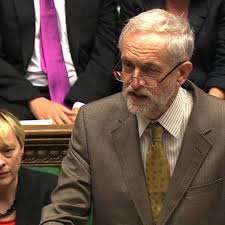 I’ve just been watching the lunchtime news on BBC. It was delivered as usual with professionalism, clarity and a very good use of the word juxtaposition at around 13:17. One of the stories related to the new Leader of the Opposition Jeremy Corbyn, who became Labour Party leader at the weekend.

It was strange, but refreshing, to see a party led by a guy who isn’t overly worried about imagine. He is certainly a man whose principles seem to matter more than a sharp haircut and suit. Although, I’m convinced he’s had a spray tan!

That is just my presumption of course. I may be paying Corbyn a disservice. He may have appeared with a new haircut and suit; it just didn’t look like he had! To me it was like having the late Michael Foot back at the despatch box fighting Labour’s corner.

Like Foot, he was articulate, miles away from the middle ground of his recent predecessors, with a haircut by Mr Magoo and clothes from the House of Commons lost property department. All that was missing was the donkey jacket! 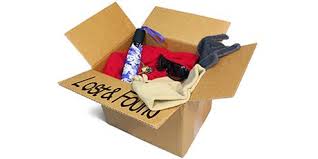 Before I get hate mail from Billy Bragg, the comments above are tongue in cheek! Of course, principles and policies bear far more importance for a politician than how slick they look. Although, I do wonder is there a parliamentary rule somewhere that says you’re not allowed both principles and look smart at the same time. Just a thought!

I can imagine it now, a Labour spin doctor remonstrating with Corbyn “Look Jeremy darling. You can either have principles or look smart! You’re not allowed to have both, sweet cheeks!” …. I realise I made the spin doctor sound a bit camp but it was purely for artistic effect. I’ve no idea if any of them are gay. Even if they are that’s their business not mine!

I couldn’t help but think that Corbyn looked somehow out of place and uncomfortable during his inaugural Prime Minister Question Time. He displayed the look of an underfed Santa Claus, worrying about how he was going to cope this year, after austerity measures meant he’d lost half of his little helpers.

Some say there is more chance of there being a real Santa Claus than Corbyn ever becoming Prime Minister of the United Kingdom. Out of interest, I looked at my online Paddy Power betting account and it didn’t give the odds on him becoming PM. However, it did have a comment of ‘You’ve got more chance of sleeping with Margot Robbie!”. ……… I’m afraid things don’t look too hopeful then Jeremy!

When it comes to my personal political views, I’m very indifferent about it all. I suppose if pressed I’m left of centre, although there are some more right wing views I subscribe to. However, if truth be told I haven’t got a lot of time for MP’s and their PR machines.

I have to say, though, my local MP is a great bloke. Last year he successfully lobbied to allow me to undertake fracking for gas in my back garden. I am now self sufficient in gas and it will save me a fortune long term.

I’ve been criticised by environmentalists and neighbours for my move, which they deem selfish and irresponsible. However, I’m unmoved and fundamentally disagree that my fracking caused the three recent earth tremors or the 100ft hole in my neighbour’s lawn! 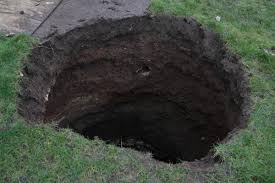 Now we have our own gas supply my wife has gone a bit overboard purchasing gas powered appliances. I could understand the gas oven but do we really need a gas toothbrush and bottle opener! ……. Give me a break, Karen!

Anyway, I must draw to a close this rare political blog. I have to say before I go that how great it was to hear Corbyn changing the format somewhat in an attempt to stop the theatricals, in addition to asking questions directly from the British public…………. I have to say, though, I’m not sure asking Cameron if he bought his undies from Marks & Spencers was either appropriate or relevant!