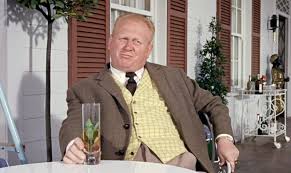 German born actor Gert Frobe, best known for his portrayal of the title character in the Bond movie Goldfinger, died on this day in 1988 at the age of 75.

He passed away in Munich following a heart attack. As he laid in his hospital bed post attack, he is said to have asked the doctor if he would survive. His cardiologist responded menacingly, “No Mr Frobe, I expect you to die!”

A dark gag I know, but I couldn’t resist adding it as my take on this famous scene from Goldfinger!

The character Auris Goldfinger was the first Bond villain to have a henchman (Odd Job) that killed with a bowler hat. After I’d seen the movie as a kid, I became very suspicious of anyone I passed wearing a bowler hat.

Not that you saw many people in 1970’s Gateshead wearing bowler hats! However, If I’d have lived in the stockbroker belt in the south east of England at the time I’d have probably been a nervous wreck!

Odd Job with his killer hat 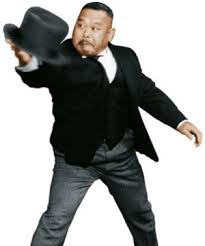 Murder by bowler hat was a novel and creative idea from the writer(s). It is certainly up there with the most unusual homicide weapons in movies I’ve seen. The only thing I can think of stranger, off the top of my head (excuse the pun), was in a film where a guy killed someone with a toothbrush!

I can’t remember the name of the movie but, if memory serves me correct, it was a low budget Bond rip off. The hero killed his nemesis by ramming a toothbrush into his ear. I watched it with workmates, in Gateshead, on a quiet nightshift in the mid 1980’s. We all laughed heartily as the innovative way he disposed of his foe.

Anyway, back to Gert Frobe. The Oberplanitz born actor’s voice was nearly all dubbed because his English was so bad. Allegedly, the only scene using his own voice was a scene where he runs through his extortion plan with its stakeholders. His voice was dubbed by Michael Collins in all other scenes.

It is surprising how much dubbing was carried out in top movies around that time. For example, in the movie My Fair Lady, Audrey Hepburn’s singing is predominantly undertaken by a singer called Marni Nixon.

I’m not a massive movie watcher and am not aware of how much dubbing of singing and dialogue takes place in contemporary movies. I would imagine it still goes on, although I can categorically state that Russell Crowe’s singing voice in Les Miserable definitely wasn’t dubbed by a proper singer!

He’s a great actor but if Les Mis is anything to go by his singing leaves a lot to be desired!

Frobe may have been dubbed, but his performance as the gold obsessed psychopath, for me, puts him near the top of the best Bond villains list. He made a very sinister character who carried out terrible acts to try achieve his goals.

Not only was murder, theft and extortion on his agenda but to cap it all he was also a bloody cheat at golf. That to my mind is absolutely unforgivable! 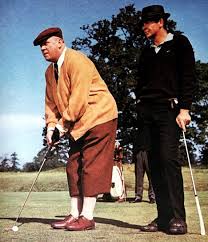 I’ll close this blog now as Karen has asked my to carry out an errand for her. which I’ve put it off as long as I could. However, now she’s appeared with her bowler hat I better move my butt!