This week thousands of 16 year olds in the UK excitedly opened their GCSE results. It was uplifting to see the look of elation on their faces as they caught sight of the paper advising that two years of hard work has paid off!

Watching the live TV coverage of the kids opening their results, it struck me that I’m glad at that age I didn’t have to hold on from opening the results envelope as these students were asked to. An action that was undertaken so the viewing public could have a word from the shows sponsors.

To add drama and suspense for the viewers, adverts for Weetabix, Ex-Lax and a trailer for the new series of Doc Martin, had to be aired before Laura from Halifax could find out if she got that projected A grade for drama. 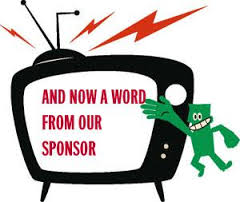 If it was me, I’d be pretty hacked off that my apprehension was being elongated for the prurient entertainment of the British public.

I know it’s only a few minutes, which in the grand scheme of things isn’t excessive, but I don’t see why they couldn’t put the nervous young souls out of their misery, by just letting them open the envelopes immediately!

Let the viewers wait to hear how great Weetabix, Ex-Lax and the new series of Doc Martin are! I’m sure they aren’t as eager for that piece of marketing, as the spotty young kid with braces from Droitwich is to find out the fruition of two years work!

Droitwich……… It’s not normally that flooded by the way! It isn’t the Venice of the UK 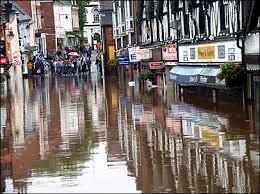 What next? A drum roll when they open the flaming envelope? When I say flaming I don’t mean it’s on fire. Although, if they could get away with it with the Health & Safety executives, I’m sure that might have been considered to “add drama” to the occasion!

I’m not saying don’t run the ads! Just do it after the youngsters have been put out of their misery.

I know marketing people, such as Nigel in Berkeley Square, would say “That’s no good Gary. If we advertise after the event Mrs Thompson from Dudley will have gone to make a cuppa and shout at her kids to get ready for school. Therefore, less viewers will see it!…….. Oh and where did you get that shirt? It’s chuffing awful!”

I could be wrong, after all I’m just a simple northern bloke what do I know?! Viewers might prefer the adverts before the kids results after all!

Miss Troutbeck from Falkirk, with terrible constipation, could have been sat praying for a laxative product ad! I don’t know, but I’m sure there’s a marketing analytics guy somewhere who does!

As I said earlier, it was great to see the joy on the students faces when they achieved their target grades. I must say, though, the mischievous side of me would have loved to see a pupil get an unexpectedly good grade, causing him to berate his doubting teacher on camera.

I don’t encourage behaviour like it! However, how funny would it have been if Jimmy the school underachiever opened his envelope and exclaimed to the camera “Yes, I got a grade B+ at Maths! Up yours Mr Grimes, you fat bastard!”

It would be great telly! Infinitely better than being told of the merits of Weetabix, Ex-Lax and the Doc Martin series!

Seeing some of the kids slowly opening their envelopes and slowly pulling out the result sheet, brought to mind the suspense of Charlie Bucket in the scene when he found his golden ticket in the movie Willy Wonka & The Chocolate Factory. 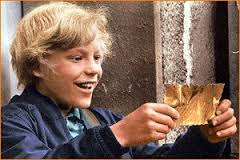 Well, apart from obviously Charlie’s opened a chocolate bar not an envelope. Also, Charlie got a golden ticket not exam results. Additionally, after finding the ticket Charlie ran home to tell his bed-ridden grandparents. Laura from Halifax logged onto Facebook to convey to her friends and family she’d got an A grade at drama.

The students wouldn’t have been stopped on the way home by Slugworth asking them to steal Willy Wonka’s recipe for everlasting gobstoppers, either!

Actually, apart from the suspense element, there are no comparisons between Charlie finding his golden ticket and the youngsters opening their results envelope………….. So ignore that simile!

Anyway, on that note I need to go and make the most of this sporadic sunshine we get in the UK. So until next time as they say!