Motown’s first ever Number One was released on this day in 1961. The song in question was Please Mr Postman which was performed by the all-girl group The Marvelettes. 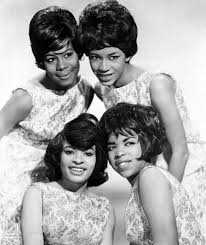 The same song also reached the top of the charts when the Carpenters covered the song in 1975. Other acts such as The Beatles, not to mention a drunken old bloke beside me in the taxi queue last Saturday, have also covered the song with varying degrees of success! ………It’s the last time I get a taxi home with my dad!!

“Why are you telling us this, Gary?” I hear some people cry. Well for one this event 54 years ago was a landmark in music history and should receive recognition as such

And secondly, it will come in handy when it’s the deciding question in your Tuesday night pub quiz. Winning the meat platter of steaks, chops, sausages and burgers may rest on the snippet of information I’ve just given you.

However, please bear in mind that the meat platter will have been sat on the bar unrefridgerated all evening. So actually in all reality the detail I’ve just conveyed will possibly result in severe food poisoning, so you’re probably best to forget it! 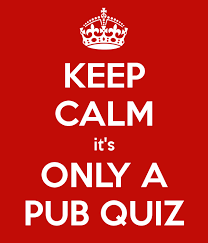 The Marvelettes’ version of the song appears in a bar fight scene in the film Mean Streets (1973), directed by Martin Scorsese. I passed that on, in case you also get that as a question in the Tuesday night pub quiz.

If you get asked what the bar fight was about in Mean Streets, it occured after Robert De Niro’s character stole loan shark Michael’s steaks from the meat platter on the bar.

Oh and one last tip, if you get asked who scored the first hat-trick in the Premier League, after Sky Sports TV channel invented football in 1992, the answer is Eric Cantona for Leeds United against Tottenham Hotspur……… So know you know!

Songwriting credits for Please Mr. Postman seem to have changed over the years. The original Tamla Motown 45 single for the Marvelettes’ version credits “Dobbins/Garett/Brianbert” as the songwriters.

The original With the Beatles album cover credited it to just Brian Holland. The 1976 Beatles discography book All Together Now credits it to Holland, Bateman, and Berry Gordy.

The Songwriters Hall of Fame credits Please Mr. Postman to just Holland, Bateman, and Gorman. EMI Music Publishing, the current music publisher of the song list all five writers in their catalog.

So in a nutshell, if you get asked who wrote Please Mr Postman, during your Tuesday night pub quiz, I haven’t got a chuffing clue so you’re on your own with that I’m afraid! 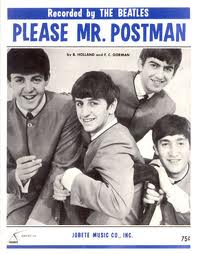 Please Mr Postman was the first of scores of chart topping songs over many decades for the Motown label. From its humble beginnings in the early 1960’s in basement of a house on West Grand Boulevard in Detroit, Berry Gordy’s brain child of launching this new genre of music exploded worldwide.

As I sit writing, my wife Karen has just asked “What will you write as Motown’s legacy, Gary?! That will be very difficult to summarise in a short blog!”

She didn’t really say that. What she just said was “Can you empty the pedal bin for me when you’ve finished writing!”

To write a legacy of Motown is impossible is one short paragraph. So I’ll pinch a few lines from a Barack Obama’s speech. He stated “Motown’s blend of tight lyrics, catchy melodies and deep soul began to blur the line between music that was considered either black or white.”

Smokey Robinson was credited with saying “I recognized the bridges that were crossed, the racial problems and the barriers that we broke down with music. I recognized that because I lived it.”

He then added “Does anyone know who scored the first hat trick in the English Premier League in 1992?”