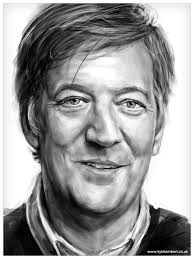 Writer, broadcaster, actor, comedian and general know it all Stephen Fry is 58 today.

Brought up in Norfolk, Fry is the first British man since some clever shite in Ludlow called George, to have his intellect viewable from space.

The ‘know it all’ quip I made above was just a light hearted jibe by the way. I am a huge fan of the guy, who is only one of three people in the UK who knows what the word syzygy means! Even my spell checker (yes, believe it or not, I do spell check!) hasn’t heard of it!

Seemingly, everything he touches turns to gold. Not in a Midas touch way (I don’t think anyway!) but from the perspective of his projects being generally successful.

That is apart from when he purchases his tweed jackets which, judging by the patches, seem to fray quite easily at the elbows. Is this due to him having pointy elbows? Can buying a tweed jacket be classed as a project? Does he buy them already patched? And what the hell am I waffling on about?! …………. Find out next week in next exciting instalment of Portrait of a Clever Bloke.

Amongst his many accolades, the raconteur was voted the second most famous person to come from Norfolk. He was a close runner up to Turkey farmer Bernard Matthews. Fry was said to be upset by the snub. However, he took solace from the fact at least he, unlike Matthews, could say the word beautiful properly.

I’ve just double checked the meaning of the word raconteur and was surprised to learn it means ‘a person who tells anecdotes in a skillful and amusing way’. I thought it was someone who bred raccoons! Although, as the analogy still works I’ll keep the word in!

Fry, whose nose shape was inspired by a stretch of the A19 near Stockton-on-Tees, recently filmed a documentary where he undertook an extreme expedition with adventurer Bear Grills.

It was an insightful, gripping and informative hour (43 minutes without the adverts). In particular, when Fry found out the Bear doesn’t just grill when he cooks his food. On occasion he also boils and blanches. There will be a gag in there somewhere about Grills and Fry and the health differences but I can’t be bothered to think of it! 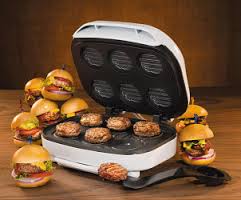 By the way, I know you spell the adventurers surname Grylls not Grills, but I think the gag works better with the misspelt version. What do you mean, it doesn’t? ……… Blimey, tough audience!

Whilst researching this, I noticed on under Stephen Fry’s Wikipedia entry it includes his signature. I’ve read many Wiki entries, However, I’ve never seen one with a signature included. Well, apart from the entry about signatures which has a few! …….. You’ve just looked at the Wiki entry for signatures haven’t you?! … Berk!

I’m not sure how wise that is personally, from a potential identity fraud perspective. What will we see next, a person’s bank details and online passwords on their Wikipedia entry?! Of course that won’t happen and in reality it’ll be his autograph not necessarily his signature.

Are celebrity autography’s the same as the signature they’d use for documentation, such as cheques and loans from Frank the loan shark?

When I read Stephen Fry’s first autobiography a few years back it was interesting to see he had a fairly troubled childhood. This included being expelled and spending a few months in jail for credit card fraud.

Ah! ……… I’ve got it now! The signature in Wiki must be the one he used when he committed that fraud! God they really do include everything!!

Happy Birthday Stephen Fry! ……….. I know you’ll never read this but I can still wish you felicitations! Oh… and thanks for all of the great entertainment in the last few decades!