In recent days I’ve witnessed a few of the unsavoury US sideshows masquerading under the moniker of White House briefings. These unseemly episodes, played out to a backdrop of childlike animosity more suited to the schoolyard, depressing insights into how poorly this catastrophic pandemic is handled in many quarters.

I’ve no intention of serving up any notions on behaviour of the main protagonists. Penning a polemic on already much chronicled shortcomings about US/UK handling of the global COVID-19 crisis is a task I wouldn’t touch with a very long bargepole.

There isn’t a big enough social distance available to metaphorically express how far I wish to stay away from that literary assignment….. I’ll leave such tawdry affairs for you to mull over; I’m sure you don’t need my opinions on the alarming briefing exchanges between the US’s commander-in-chief and the assembled press corp.

The reason I raised the topic of the daily White House pandemic briefings was to highlight queries about a term whose use has baffled me for a few years now; a term which peppers these particular press conferences. That enigmatic proffering being ‘Fake News’.

Incidentally, I clearly understand that the person offering up the term is accusing the recipient of fictionalising part, or all, of the essay painting them in a negative light. However, I’m less sure where, and why, this generic/suitably vague accusatory blast became adopted as political ‘street’ patois.

Up until five years ago, if a politician felt they were getting the raw end of the deal fact wise, if memory serves me correct their response was generally to tarnish their literary nemesis as a liar….. At what point and why was this shorter, potentially less generic accusation superseded by the more confusing catch all of ‘Fake News’.

I’ve no proof of this, but I suspect one of the reasons for the update was accusing someone of being a liar exposes you to litigation, whereas you’re on safer ground actionably if labelling someone a fake.

Additionally, it seems to me, frequent use of ‘Fake News’ (FN) accusations are like chaff used by modern armed forces to distract radar-guided missiles from their targets. Cries of FN diverting the audience enough for accuser to avoid answering, what on many occasions is, a perfectly legitimate question.

Ergo, FN’s vagueness as compared to tarnishing an individual as a liar, along with the fact it’s not actionable, make it far more fit for purpose tool for avoiding affording the question an answer. It’s also frequently utilised as a shout down strategy, allowing it’s ranter the luxury of not even having to back up why they made the accusation.

Of course, what I’m chronicling now could itself be ‘Fake News’. After all, these are just my own uninformed observations into why the term FN appeared on the political landscape.

I suppose what I’m endeavouring to proffer is that, in my opinion, there must be a reason why it was felt this question response approach was required….. I strongly suspect it wasn’t introduced for purposes of political transparency.

Yesterday evening, yours truly spoke to my adult son Jonny. During our verbal exchanges I advised him that to fill my time in during lockdown “I’ve been writing s**t loads!”

“That sentence was one word too long, dad!” came his mischievous retort…… Cheeky get!! 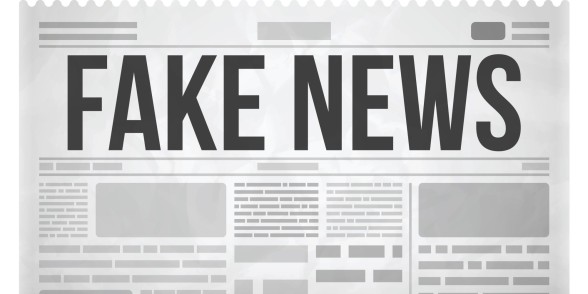