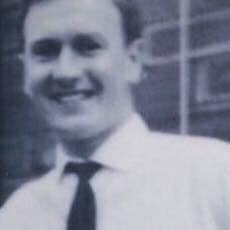 It would’ve been my old man’s 83rd birthday today. At 9am*** precisely he’d have rung either me, or one of my two siblings, and in his engaging Leeds accent thanked us for his presents – Ordinarily a decent bottle of red and a CD. After relaying his gratitude he’d hang up, going on to make similar calls of recognition to his other offspring.

*** – He’d never ring before 9am. The thoughtful Yorkshireman deeming contacting individuals before that time as inconsiderate.

He’d ordinarily not make any major adjustments to his daily routine even though it was his birthday. The undemonstrative fellow happy enough with his usual habits of a game of bowls, a drive with my mum to the White Rose Shopping Centre, or mixing with friends at the community centre weekly coffee morning.

On his birthday evening he’d cook him and my mum the M&S ‘meal for two’ purchased that afternoon, consuming the fare with “a right small glass of Merlot'” accompaniment. In the background would be music from one of the CD’s his offspring had presented on the anniversary of his birth. Thoughtfully played at just the right volume allowing him to judge its musical calibre, but not to the detriment of being able to conduct a conversation.

On some birthdays, such as his 80th, family and friends would congregate at chez Strachan senior to toast the man they dearly loved (and still do in his death). This a genuinely beautiful person who looked for the good in everyone; the only male adult I’ve ever met who never used the ‘f’ word. Which bearing in mind I’m his son is f***ing amazing!!

I’ll be forever indebted to my unassuming father – A gentleman in both word and deed. He taught me so much and ensured my childhood was one of warmth, love, protection and security. He was also a very wise man, any question I asked him as a child he seemed to know the answer to.

Apart from when as a seven year old I enquired “Where do babies come from?” to which he responded “Ask your mum!”……. When I posed the same question to her she responded “Fine Fare.” This the supermarket on Low Fell, in Gateshead, where my parents did their weekly shop.

My mater’s answer caused me much confusion as, when accompanying them there, I’d never seen an aisle whose shelves were stacked with newly born children. Subsequently, I assumed they must’ve been in the shop rear.

That assumption may sound daft, but as a seven year old it seemed infinitely more plausible than the place classmate Harry Bell had told me babies appeared. Eventually, though, I came to realise Harry’s parents were a tad more truthful about the birth process than mine.

Since his passing in October 2017 after a year long cancer battle, the void experienced in my life has been cavernous. Every visit to my mum’s East Ardsley home is a metaphorical dagger in the stomach without his presence.

Each time I sit in his easy chair, the pew in the ‘happy place’ he’d quaff a glass of red and chill to the refrains of Sinatra, Bobby Darrin, Tony Newley, Mel Torme et al, tears me apart emotionally. My level of melancholy tangible.

The only time I openly wept since his passing was when was potting a rhododendron in his memory – The catalyst to the waterworks mixing some of his ashes into the root compost. The moment blindsiding me, causing my strict ‘You shouldn’t cry, Gary. You’re the eldest male in family now’ policy to experience its first and, thus far, only lapse.

To close I just wanted to include one of the Frank Sinatra songs I played for the old man in his hospice room. He was heavily sedated at the time, but to try comfort him I held his hand as this lament asked a question which, in the absence of a forwarding address, I’ve wondered ever since.