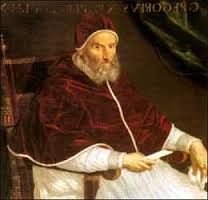 It was on this day in 1752 the British Empire adopted the Gregorian calendar. They were delighted with the news, as they’d had a long wait whilst Social Services mulled over reservations about their suitability to adopt. However, Social Services eventually relented and their fears proved unfounded as the adoption was a great success.

The adoption of the Gregorian calendar caused mayhem initially, as they skipped eleven days after 2nd September and moved straight to the 14th September.

It was reported a Bolton man was furious as he had a hernia op scheduled for the 7th, hundreds of thousands of people missed birthdays and the corporation world suffered as September sales targets for McDonalds were not met!

Moving straight from the 2nd to 14th September also caused confusion with many women into thinking they were pregnant. This had the knock on affect of increasing GP’s workloads, although Mothercare sales in birthing pools took a bit of a spike.

The Gregorian calendar was introduced by Pope Gregory XIII in 1582. It was an adaption (not adoption) of the current Julian calendar. The motivation for the reform was to bring the date for the celebration of Easter to the time of the year celebrated by the early Church.

Despite the British Empire no longer existing, the Gregorian calendar has been utilized by Britain ever since. The only people in the West who don’t embrace it now are young girls between the ages of 13-16 who prefer to use the One Direction calendar.

The Gregorian calendar has proved a worthy adversary for hundreds of years in the organizing of our day to day lives. North Yorkshire vet Arnold Jameson once said “Without the Gregorian calendar I’d not have a clue what day I was going to neuter Mrs Briggs cat!” and I think I know what he means!…………. Although Mrs Briggs’ cat didn’t share his enthusiasm!

Not only does it help organize our routines but the printed calendar can provide us with pictures of scenic beauty of the Yorkshire Dales, the Peak District, Scottish Glens and Harry’s Rendering Factory in Thacklethwaite..

Talking of beauty it is former Downton Abbey actor Jessica Findlay Brown’s birthday today. She played the beautiful Lady Sybil who tragically lost her life shortly after giving birth a few series ago. 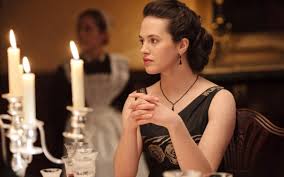 Her departure was a big loss to her many admirers. Amongst her awards in Downton Abbey, she was the proud recipient of an Emmy in the ‘Aristocrat Marrying A Chauffeur’ category in 2009.

As she is only nine months older than my son I am a tad uncomfortable dwelling on the beauty of this young woman. Anyway, I’ve gone off her a bit since she took out that restraining order!

I’ve recently returned from the Bexley Wing of St James Hospital in Leeds. I took Karen for her blood check prior to tomorrows four week treatment she is to undertake.

Today as we walked around the oncology unit that has become our second home, Karen as usual remained in high spirits. God bless her for the resilience she has shown for nearly five years has been astounding.

Looking at her resolute expression in the waiting room and hearing her laughter with the nurse taking her blood it further endorsed my view that the karma bus is a crock of crap!

Some of the nicest people I know have some terrible things to deal with! Far more, it seems, than deeply unpleasant people who don’t give a crap about anyone or anything! I realise that is a sweeping generalisation which is flawed. However, it is something that seems to be the case from my personal observations.

I titled this blog Nearly Interesting Things About The Gregorian Calendar. I know I lied but you did get a piicture of a beautiful actress and a great song by the Beautiful South, so it wasn’t all bad!