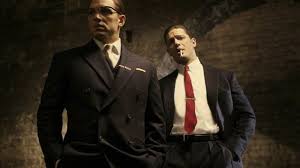 Ordinarily, I always endeavour to write a blog a day to get the old grey matter working. However, I’ve lapsed in the last few days as I’ve not been in a good place. However, it has to be said Hull always has that effect on me, so I should have known better!

The other evening I went with Rachel to watch the film Legend, in which Tom Hardy plays the 1960’s London gangland bosses the Kray twins.

As you can imagine it included graphic violence, lots of cursing, threatening behaviour, extortion and family in-fighting! …….. I tell you, it’s the last bloody time I go to the movies with my daughter!!

Legend was a hard hitting movie with a superb portrayal of the ruthless gangster siblings by Tom Hardy. His menacing persona in 3D was so believable a guy sat in front of me paid him £500 in protection money, halfway through the movie!!

I’d expect it to be nominated for a raft of awards in various cinematic categories, when the gongs are handed out for 2015. Already it is mooted that the Kray’s henchman Jack ‘The Hat’ McVitie is nailed on for the Academy Award in the ‘Best supporting trilby’ category. And I can see why!

A trilby similar to Jack ‘The Hat’ McVitie’s 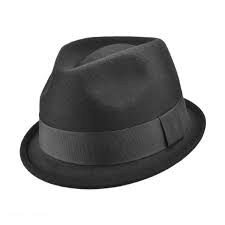 McVitie, who came to a violent and bloody end, wore his trademark trilby everywhere he ventured; even when he carried out his heinous crimes. From a perspective of keeping your anonymity, when you’re carrying out a murder wearing your trademark headwear seems like folly to me.

I mean if there were witnesses, Scotland Yard would immediately have a clue to lead them to McVitie. The only reason I can think that he was so lapse in his anonymity was that he deemed himself as untouchable, with being part of the Krays gang.

Either that or he was hoping that fellow trilby wearers, at the time, Frank Sinatra or rugby commentator Eddie Waring were going to get their collar felt instead! Or hope the witnesses millinery knowledge was not great and they misinformed the police the attacker wore a stetson! Who knows?! He didn’t get caught anyway as he was butchered shortly after his failed murder attempt.

Anyway, what do I know about the mentality of a gangster? The nearest I get to extortion or violence was when my mum asked me to pay for food and board when I started working at 16 !

She could be very intimating, especially around meal times if you didn’t eat what she’d cooked you. She once told my brother “I’m gonna make you an omelette you can’t refuse!” ……… She did and he didn’t!

The omelette our Ian couldn’t refuse! 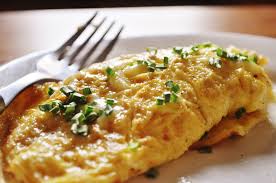 Mums culinary skills had a heavy emphasis on herbs and seasoning to flavour the food. I wouldn’t have had a problem with that normally. However, I wish she’d have realised that talcum powder wasn’t a herb!

To close, I highly recommend the movie Legend. I’m married to a twin so could relate to the living with unpredictable and unreasonable monozygotic siblings element of the movie.

Having said that I don’t think Karen and her sister Susan have ever gone as far as butchering a bloke in a trilby! ……. If you’re talking about someone in a beret though it would be a different story! ……… They’ve never liked the French!