On this day in 1572 Huguenot King Henry IV of Navarre married Margaret of Valois in Paris, France. Their union was a supposed attempt to reconcile the fractious relationship of the country’s Protestants and Catholics. 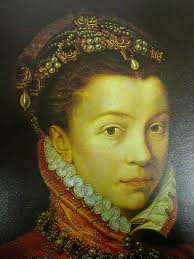 It set my mind thinking about possibilities of a similar union in modern day Northern Ireland? What price Sinn Feins’ Gerry Adams and the DUP’s Peter Robinson becoming ‘life partners’ in a low key ceremony in Bangor, to bring the two predominant religions in the country closer?………….. Although I’ve just realised that same sex marriages are illegal in Northern Ireland so strike that idea!

It’s a shame Gerry and Peter cant get together as I’ll bet a pound to a penny, of all the different avenues ventured along to bring peace in Northern Ireland, that isn’t an approach that’s been attempted yet!

They say that you learn from history! That is unless your the woman at number 42 who keeps giving herself a shock by licking a 12 volt battery!

You never know, the answer to friction between Protestants and Catholics may have been there all along. All thanks to the union of a Protestant king and his Catholic wife back in 16th century France.

Anyway, I’d like to wish Huguenot King Henry III of Navarre and Margaret of Valois a happy 443rd wedding anniversary! I know you are both long gone. However, your attempts to bring peace by marital union is creditable and worth a mention!

What do they call your 443rd wedding anniversary? I know 40 years married is ruby, 50 years is gold and 60 years is a diamond anniversary but I’ve not heard of what the 443rd is!

Of course I’m being daft, as no one will ever be married for that length of time! For that to happen you’d need two people to live till at least 460 years, they’d have to meet each other, marry and then not get fed up with each other for centuries!!

I checked on my Paddy Power online betting account for the odds of all of those scenarios aligning for a 443rd wedding anniversary to occur. The tight buggers only offered 13/2 and that includes no ‘Cash Out’ option!

However, to be fair they gave the best odds, as Ladbrokes offered 6/1, William Hill 9/2 and Coral had stopped taking bets on it as they’d heard a whisper a Chinese couple were getting close to that milestone!

Apparently the Chinese couple have put down their longevity to avoiding donner kebabs and Piers Morgan!

The extremes some people go to win their ‘John McCririck to turn into a panda’ bet! 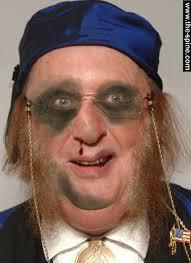 My in-laws (in name only) recently celebrated their 60th wedding anniversary. It’s a fantastic achievement, especially when you think they’ve hated each other for 58 of those years!

I shouldn’t be so nasty about them, however, as they are lovely people who’ve been a rock for Karen and I through her four and half years fighting secondary breast cancer. I mean without their one visit in that time (in 2011) I’ve no idea how we would have coped! So I’d like to thank them for that! 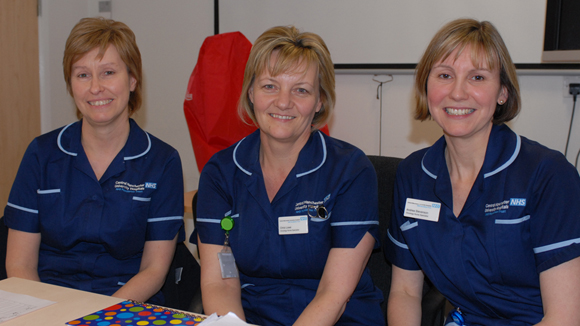 A very wise man once wrote “You can’t choose your family, but you can choose the winner of the 4.15 at Kempton Park!” and I think I know what he means! ……………Although, I hope the odds are better than what I got offered for someone celebrating their 443rd wedding anniversary!

I write this sat in the waiting room of an oncology unit at St James’ hospital in Leeds. My wife is sat next to me playing solitaire on her phone as she awaits her monthly treatment.

She seems enthralled as she stares at her screen intensely. Her gaze only broken with brief looks over towards me. She’s probably thinking “What bollocks is he writing now?!”  My Mrs is diminuitive and I can read her like a book. A bit like a Kindle! …………. Rubbish joke I know but I don’t get paid for this, so can be as self indulgent as I want!

Like most of my blogs, the vast majority of the content is fictional. However, I genuinely want to say how brilliant the staff are here in the Bexley oncology unit! The support and care Karen has received over the last few years has certainly helped and supported us both during this rollercoaster ride!