A friend of mine recently reminded me that it’s ‘Mental Health Awareness’ week between 16th–22nd May.

I’m not sure if you’ll recollect this, but I have mentioned him a couple of times in other blogs. He’s the bloke who, despite me (jokingly) telling to “Snap out it!” on a regular basis, continues to suffer from mental health issues…….   I think perhaps I’m going to have to stop reading ‘Insensitive B*****d Monthly’!

It was heartening to see the fact he is now attempting to address his neurological ‘difference’ in a more positive manner. Even though his circumstances are predominantly unchanged, he now views the strange avenues his mind ventures as perhaps a gift. Something he has started using positively, not just in the previous negative format.

He advises that the battle to conform to normality, concealing this ‘difference’ has been overbearing at times.

This has resulted of years in an unsuitable work role and suppression of his minds creative journey. This is a trip where most ‘normal’ people would never dare (or want) to tread, unless perhaps the trip included Air Miles or Nectar Points.

“Can I possible take this silly idea any other place than etched in my mind? People will think I’m chuffing nuts!” has been his regular cranial impostor for decades.

The heartening thing is that at least he is now of the opinion that people probably thought he was nuts anyway, regardless of this concealment, so he now intends to loosen the reins accordingly.

To clarify, he relays the thoughts has suppressed are ones of a very offbeat light hearted nature, not malicious in any shape or form. It’s encouraging that he is at last prepared to release the person only a few know.

He is an individual with far more to offer than plodding through life undertaking a role he disliked and was unsuitable for. As an ‘old school’ person, who took providing for his family of four very seriously, he required a certain income level (as well stability) which his preferred job couldn’t have achieved. His options were therefore limited.

Unfortunately, he continues to heap ridiculous additional pressure on himself for any of his actions he deems flawed. Even though he knows eradicating all flaws is unachievable, he still won’t proffer himself a break for any mistake. This despite living under numerous challenging factors in his life. 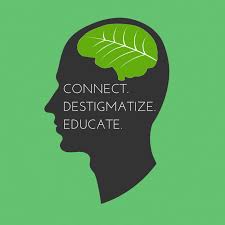 My friend (who I’ll call Dr Primula for anonymity purposes) is not out of the woods yet. However, at least now he can see the wood from the trees, and probably other clichés as well.

How Dr Primula progresses is uncertain. After all he says that with the good bits from his neurological corridors of uncertainty (as cricket broadcaster Geoff Boycott would say….. if he were a neurologist…. Maybe!) reside less salubrious elements, which he finds tag onto to bits that can be used more positively.

If and when he can suppress the unwanted liberty of these negative and deeply unhelpful elements, he may be cured. Whether a shield can be found to negate the power of this double edged sword only time will tell. Sabres seem to feature heavily in his life as, to compound issues, the ‘Sword of Damocles’ hovers over a member of his family’s head

He doesn’t elaborate, but he talks of continued errors of judgement that need wiping out. There are clearly lots of things troubling him still.

I’m not sure how Geoff Boycott would view Dr Primula’s coping strategy in the neurological ‘corridor of uncertainty’. However, I think he deserves credit for at least attempting to re-invent himself into an individual, that if nothing else, he likes!

As we finished our coffee ready to part company, he thanked me for the opportunity to get things off his chest. I then mistakenly thought he’d said it had given him a lift; but it turned out he was asking me for a lift home! ….. Cheeky get! 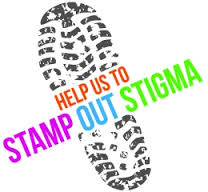