Actor Robert Shaw died on this day in 1978. The Lancastrian born actor died in Ireland following a heart attack. He had felt unwell whilst driving so pulled over, before collapsing at the roadside. He was pronounced dead at Castlebar General Hospital not long afterwards.

It was a dramatic final scene for the Englishman. However, some would argue it lacked the drama of some of his movie death scenes. These include being eaten by a shark (Jaws), electrocution on subway tracks (The Taking of Pelham 123), thrown out of a moving train (From Russia With Love) and being mauled by a giant wasp (The Sting).

They were all unpleasant ways to go. However, he took them in his stride as he was no stranger to danger. After all, before he started acting, Shaw was a school teacher in Saltburn, North Yorkshire.

Personally, the role that always springs to mind when I hear a mention of Robert Shaw, is that of hard fisted fisherman Quint in Jaws (1975) 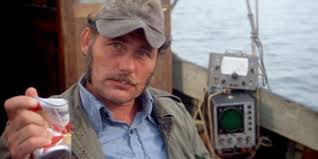 I can recall first seeing Jaws as a twelve year old at the Odeon in Leeds. We lived in Gateshead at that time, but were back visiting family for a few days. If memory serves me correct I watched it with my brother, two cousins and an adult family member. 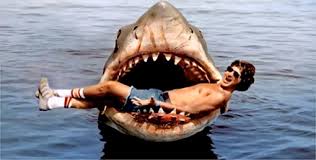 I can’t recall which adult it was, so I will call him Dr X for the purposes of the blog. However, I can remember they kept bloody pinching my popcorn and giving me Chinese Burns!

The much anticipated Stephen Spielberg movie didn’t let anyone down. As young lad I sat there terrified at times. In particular during the underwater scene when a dead body appears from nowhere, as Richard Dreyfuss retrieved a shark tooth from the boat!

Richard Dreyfuss when the dead body appears under the boat!

That scene frightened the hell out of me! Along with the rest of the audience, I screamed at that point. Although, mine was further exacerbated by receiving a simultaneous Chinese Burn from Dr X! ………… I knew I shouldn’t have sat next to a Bond villain!

At the time, it was the second most frightened I’d been whilst watching a movie. It was only just pipped by the shower scene in Hitchcock’s Psycho. After watching that I wouldn’t go in a shower for a long time, I would only get in the bath.

Looking back now I feel my logic was slightly flawed. I mean, if a knife wielding maniac wanted to attack me, the fact I was sat in a bath as opposed to stood in a shower wouldn’t have really stopped them!…….. Would it?!

I doubt it very much! That is unless the assailant had some sort of debilitating illness that hampered their ability to stoop and undertake the attack!

I best ask Karen who must have been close to carrying that out on me on many occasion! 😳

Anyway, back to Jaws. As the suspense built up in the final scenes, heightened by John Williams’ iconic accelerando musical score, the shark headed towards the stricken boat to attack Roy Schneider’s character.

The audience sat opened mouthed as it looked like curtains for the police chief of Amity Island! He wasn’t pleased as he wanted vertical blinds but his wife was insistent!

The drama was building to a crescendo and the audience gasps were now audible. The suspense was almost unbearable for this twelve year to stand!

On screen, the police chief started shooting at the debris in Jaws mouth in a valiant last attempt to kill his foe. Just then I nearly jumped out of my skin, as my brother tapped me on the shoulder and asked “Do you want a Fruit Gum, Gary?”

I don’t think I used swear words at that age but I responded with the strongest word in my vocabulary at the time!  I looked towards my bro and told him “Get lost Ian, this is a exciting part of the film!”

I turned back to see the shark exploding into a hundred pieces. I know it was a hundred pieces because Raymond Babbitt from the movie Rain Man, who was sat in front of me, counted them! 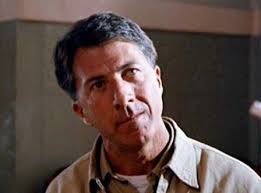 I was fed up! I’d sat transfixed all the way through the movie, however, I’d missed what caused the shark to explode!. And all because I’d turned to speak to Ian seconds before it occurred. Luckily Raymond Babbitt was able to assist and, as we walked out of the cinema, told me Robert Shaw had spontaneously combusted in Jaws stomach and mumbled something about toothpicks!

Several years later I found out the real truth behind sharks demise. I was annoyed at Raymond Babbitt for misleading me. However, after his card counting won me £10,000 at blackjack at the Den of Iniquity Casino in Gateshead, I forgave him!

Without exception, the whole audience had cheered when Jaws exploded at the end. The only person I’ve known act differently at that scene was my animal loving daughter Rachel. When she first saw the movie, decades later,. her sentiments were “Poor shark!” after she witnessed its demise.

I’m all for animal conservation but I think her remarks were a tad extreme! 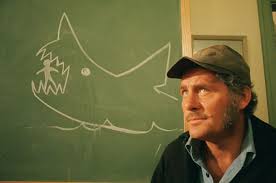 Anyway, on the anniversary of your passing, thanks Robert Shaw for your contribution to the good times section in the tapestry of my life!