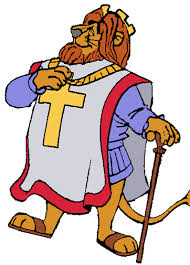 In 1189 on this day, Richard I was crowned King of England at Westminster Abbey. Perhaps better known as Richard the Lionheart, he also ruled as Duke of Normandy, Duke of Aquitaine, Duke of Gascony and the Verger of Birtley Parish Church.

The coronation was a low key affair compared to the pomp and circumstance bestowed on royal celebrations these days.

There was no appearance from Sir Bruce Forsyth (he was busy golfing), David Beckham or Tara Palmer-Tompkinson or even a song by Elton John, like we are accustomed to at contemporary royal occasions.

Additionally, merchandising sales were poor as the likes of America, Canada, Australia and New Zealand were inhabited by indigenous people. The Sioux Indians, Inuit, Aboriginal and Maori people had little call for Richard I mugs, tea towels, tins of shortbread and key rings.

A Richard I t-shirt 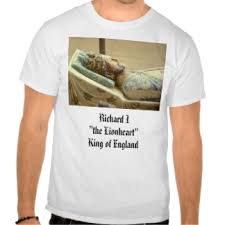 Sales of fridge magnets were none existent, as there were no fridges in those days! It was a project oversight not apparent until implementation.

When he was made aware of this faux paux the Project Manager, who was celebrating another tick in the box in the pub, responded “It’s nothing to do with me now. Phone the Help Desk!…… Oh, and can you lend me a five groats until pay day?!”

The day of the ceremony was a controversial and violent day. Richard had banned women and Jews from the coronation service. Rumours of the King’s ban wrongly spread amongst the public stating that he’d ordered the killing of all Jews!

Richard hadn’t ordered this at all and ordered the execution of those responsible for the most egregious murders and persecutions, which followed this misinterpretation. He distributed a royal writ demanding that the Jews be left alone.

Shortly after his coronation he left for the Crusades. Here he fought with valour, bravery, tenacity, Cypriots and people in the Holy Land. He also occupied Sicily, but what happened during the Crusades stayed on the Crusades, so his wife never found out!

What happened after the Crusades? This is a point of some conjecture, although the consensus amongst historians and royal genealogists is the version in Disney’s 1973 movie Robin Hood is the most accurate.

This animated movie painted the picture of the victorious Richard returning to England. On his return he punished his brother Prince John for misusing his powers to mistreat Robin Hood (played by a fox) and the people of Nottingham. 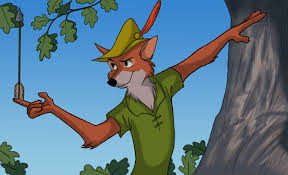 Cynics and anti fox hunt protestors might point out Prince John was one of the few people from the upper classes punished for mistreating a fox! ………. I’m neither cynical or an anti fox protestor (or supporter, I hasten to add) so with take the fifth amendment on that!

Overall, modern opinions are divided for Richard’s legacy. Some say he was one of the greatest ever Kings of England ever due to his achievements as a military leader and crusader.

His detractors say he treat his troops very well but at the detriment of his kingdom, which he neglected.

Personally, I think his hands on leadership in the heat of battle was inspiring. However, I think it was an absolute disgrace he didn’t invite Sir Bruce Forsyth to the coronation!

He missed out on singing like this! ………. Your loss Richard!