I wanted to start this monologue with a simile that lucidly described the seemingly endless precipitation blighting Blighty. I aspired to evoke a picture of such descriptive quality my awestruck readership would exclaim “Damn, I forgot to record last night’s movie about Noah’s Ark!”

Creatively impotent, I sought inspiration for dialogue to paint this vivid picture of the incessant torrential West Yorkshire rain, so turned to my missus. My wee spouse to my left in situ on the sofa, watching a Mary Berry cookery show on TV.

“Can you think of a simile that effectively describes this continuous heavy rainfall we’re experiencing, Karen?” I mumbled through a mouthful of wine gums…… God only knows how the wine gums got there as I was eating mints at the time!

“Is a simile where you compare two words, or scenarios, to each other?” she responded; with one eye on the TV watching Ms Berry making roast butternut squash soup.

“Yep.” I responded, as I sat in front of my laptop in eager anticipation of Mrs S’s literary input.

“How about, it’s raining like somewhere that rains a lot?” came her underwhelming offering.

“Yes but where does it rain a lot? I need somewhere or something I can compare it to!” I attempted to clarify.

“How about Birtley? I’ve just spoke to my mum and she says it’s raining up there.” came her reply.

I appreciated her input but didn’t think writing ‘It’s raining like in Birtley!’ adequately achieved my objective of an eloquent, descriptive simile. The north east town is a grim place in any weather, but more importantly it’s not well-known enough for many to  understand that comparison.

“I’ll think about that one!” I lied to Karen, not wanting to sound ungrateful for her ‘help’. 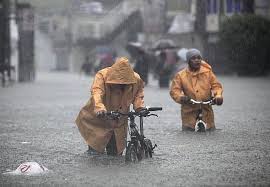 No further forward, I spent several minutes racking my brains for erudite, eloquent dialogue that would convey an evocative picture of the tempestuous storm outside of Chez Strachan.

I sought words that created such a vision that you can actual envisage yourself being amidst the blustery winds and its associated rainfall. Dialogue so powerfully lifelike it led the reader to impetuously rush to the understairs cupboard for their umbrella.

I’m unaware if the downstairs cupboard is where you store your brolly; however I can recommend it if you’re seeking a good storage place for your umbrella.

I’m pleased to say I eventually achieved my objective. After much deliberation, brain storming and thinking about it, I’ve finally found the descriptive words I was looking for.

“It’s absolutely pissing it down outside!”

To close, I just want to convey part of a conversation I had this morning with an acquaintance. He seemed in a good mood after his family arranged a surprise birthday party for him yesterday evening.

“Did you get a shock? Did they (the family) manage to keep the arrangements a surprise?” I asked him over the phone. There was a brief silence before he responded