As I edge towards the publishing of my 400th blog on writesaidfred.org , I recently spent time reflecting on what I’ve elicited from the penning of 100,000’s of words in the 16 months since the inception of my website.

As I’ve written previously, I initially started the project as a distraction from the day to day challenges thrown at me living with a spouse diagnosed with incurable cancer in November 2010. 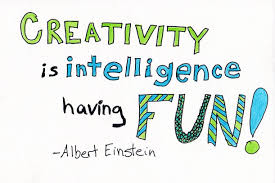 Prior to the end of March 2015, I’d written a few things of varying subject and quality. However, they’d laid dormant on computer hard drives, with only one old man and his dog getting sight of them.

The old man was indifferent about what I’d written pre-blog site inception, although apparently his dog Trevor was a big fan. He particularly enjoyed my book ‘Last Dingo In Paris’ which was a canine homage to the 1972 Bernardo Bertolucci movie ‘Last Tango in Paris’. 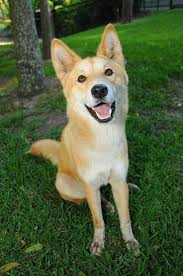 Anyway, back to what I personally gleaned from my time as the creative force behind writesaidfred.org.

The first thing I’d say is writing a minimum of 500 words a day has provided respite from the less pleasant aspects of my current existence. That being said, I didn’t always get to escape as I did pen narratives about cancer and depression.

However, even on those occasions the ranting and expression of melancholy were beneficial, as I find venting and getting things off my chest therapeutic. There are bits of rants I’m not proud of; in particular the occasional unnecessary colourful word and swipe at my in-laws.

But I reconcile that with the fact that they deserve it because they really are tw@ts, who’ve only visited their incurably ill daughter once since diagnosis in 2010!……. Blimey, I got two in there for the price of one!

Writing these monologues has also helped give me a routine, which was missing prior to March 2015.

I now feel like I have something to get up for other than a bowl of Special K, a loving family (my side anyway), days out in beautiful Yorkshire, the occasional gig or show, the buzz from a picturesque garden and conversing with chaffinches via my whistling language.

Additionally, I’ve found writing on my laptop in hospital waiting rooms, during Karen’s appointments, is a great diversion. These areas in oncology units can be grim; which you would expect from a room partly populated by terminally ill patients. People with the awful knowledge they on borrowed time.

Sitting typing up a narrative of between 500-1000 words, while waiting for my brave little lady to finish her treatment, assists in focussing my mind on something positive during these enduring times.

A further plus point resultant from blogging has been the positive innervation that manifests from turning a blank word document into a narrative of 2-3 pages. This is particularly pleasing as generally I have no subject formulated when I sit in front of my laptop on a morning.

A couple of hours after commencement I’ve generally completed my monologue. I’ll then rest my weary quill in its ink pot, ready for another 500+ words tomorrow.

Tomorrow’s blog will be my 400th. Since blog number one a cold late March morning in 2015, I feel I have learnt a lot about this craft.

I’d like to think the hundreds of hours (around 1000 I reckon) spent penning these words on my laptop has improved me as a writer. I don’t pretend there isn’t lots of knowledge voids to fill, but grammar can be improved by engaging with the right people.

The most important thing to me is I’m never short of creative ideas. It’s about recognising and maintaining the good work/habits, in addition to eradicating the bad.

It’s not my living, which is lucky because I don’t get paid for them. However, I’ve had nearly 11,500 hits on my site from 60 countries since I started writesaidfred.org , which I like to think indicates that some of my work is appreciated by a few people worldwide. 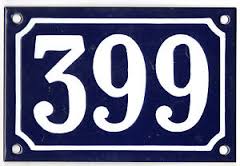