Menorca, rugged of landscape but with beauty to seduce and captivate the most romanceless of souls.

A much traveled Shelley proffered that compared to it’s bigger sister Majorca, it was an unspoilt haven that inspires creative and spiritual growth. Not to mention a cracking donner kebab from Gino’s in Cala’n Porter.

It wasn’t Shelley the poet, but an old acquaintance. She’s a nice enough lass, but I’m not inclined to pay much attention to her travel advice. That may seem harsh but I’m wary of women who list ‘Easter Eggs’ as a hobby on her curriculum vitae.

My wife and I arrived in Menorca yesterday lunchtime. We got a surprise when we got to our room. The pool view we’d requested was in fact our balcony overlooking the pool table in a nearby bar!…… Not to worry though, as this hotel really is superb. 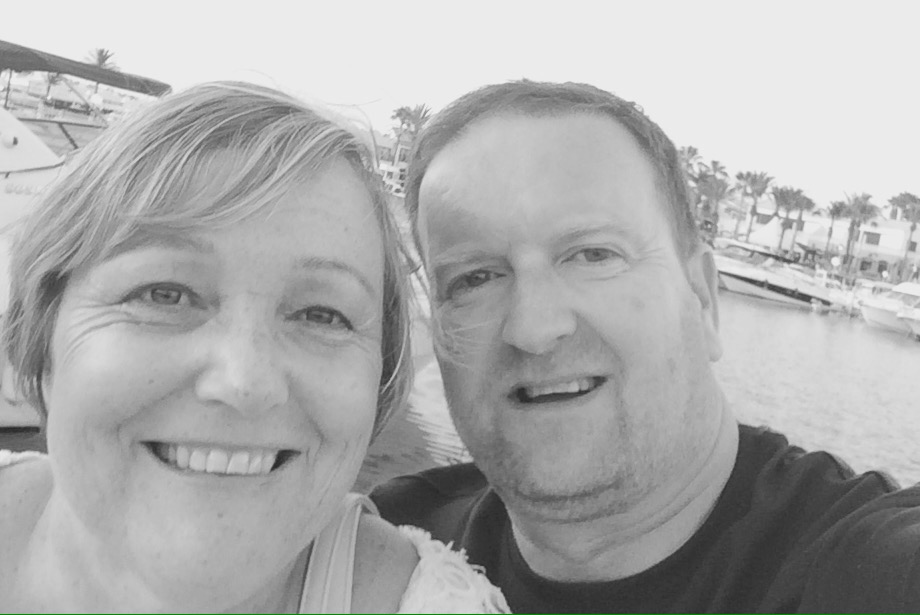 When we arrived Karen and I were so hungry we could have eaten a scabby horse. So, despite tiredness from our early rise, we postponed unpacking the cases, changed our clothes and headed to the poolside bar for lunch.

When we sat down in the bar we were disappointed the menu was bereft of a scabby horse. However, being in holiday spirits, we shrugged off the culinary menu oversight, plumped instead for a tuna salad.

As we waited for our tuna salad to be made, not that tuna is constructed it’s caught in the sea I believe, I partook in a spot of people watching.

In particular, my attention was drawn to a group of ‘hard fisted’ looking individuals sat on adjacent tables.

It gave the feel that I was on the Costa Blanca pre-UK and Spanish extradition changes and that we were surrounded by a group of London east end villains. This myth was perpetuated by the fact their faces were concealed by their wives stockings.

Not to mention an intimidation shout of “Give me the money and no one will get hurt!” to their weathered faced spouses when they wanted 20 euros to pay the bar bill! 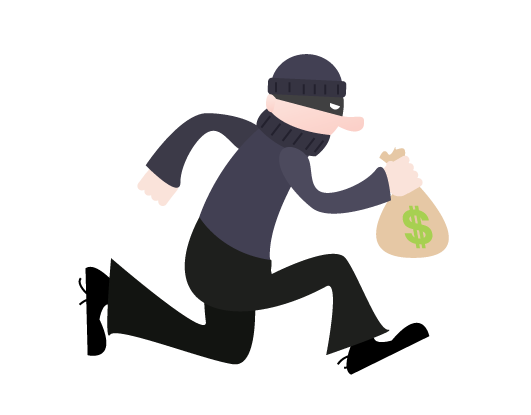 My suspicions were raised further when I was told by one of the guys, who was so ugly I asked him to put the stocking back over his head, “If anyone asks, I was with you at a bar in Mahon last night!”

As I’m adverse to turning down requests from individuals with firearms, I reluctantly agreed.

Karen was furious when she heard this exchange.

“You never said you were out drinking in Mahon last night!….. I’m sick of you sneaking out for beer!” she scolded.

“I wasn’t in Mahon last night. I was at home in the UK with you watching TV, you berk!” I muttered back, trying to avoid this shady characters attention.

“He wants me to give him an alibi” I added quietly.

“Oh that’s ok then…… If you’d have been out secretly drinking I’d have been furious!” my wee spouse responded.

“What do you mean its ok! I could end up with a criminal record for perverting the course of justice!…… How the bloody hell is that ok?” I proffered angrily.

“That’s no big deal.” Karen bewilderingly informed me. Before adding “Loads of people go to prison these days. It won’t be all bad. You’ll get free Sky TV, better food and you’ll be able to reignite your sex life!”

Just as I was about to thank my missus for her humanity and support, my ‘police siren’ ring tone rang on my mobile phone.

As I answered I noted the four tables containing the ‘villains’ had emptied, with no sign of its former occupants in the distance. How strange!

Oh, before I go, if anyone asks where I was on Monday night, inform them I was in the Pestle & Mortar pub in Mahon all evening with Knuckles McGuire! 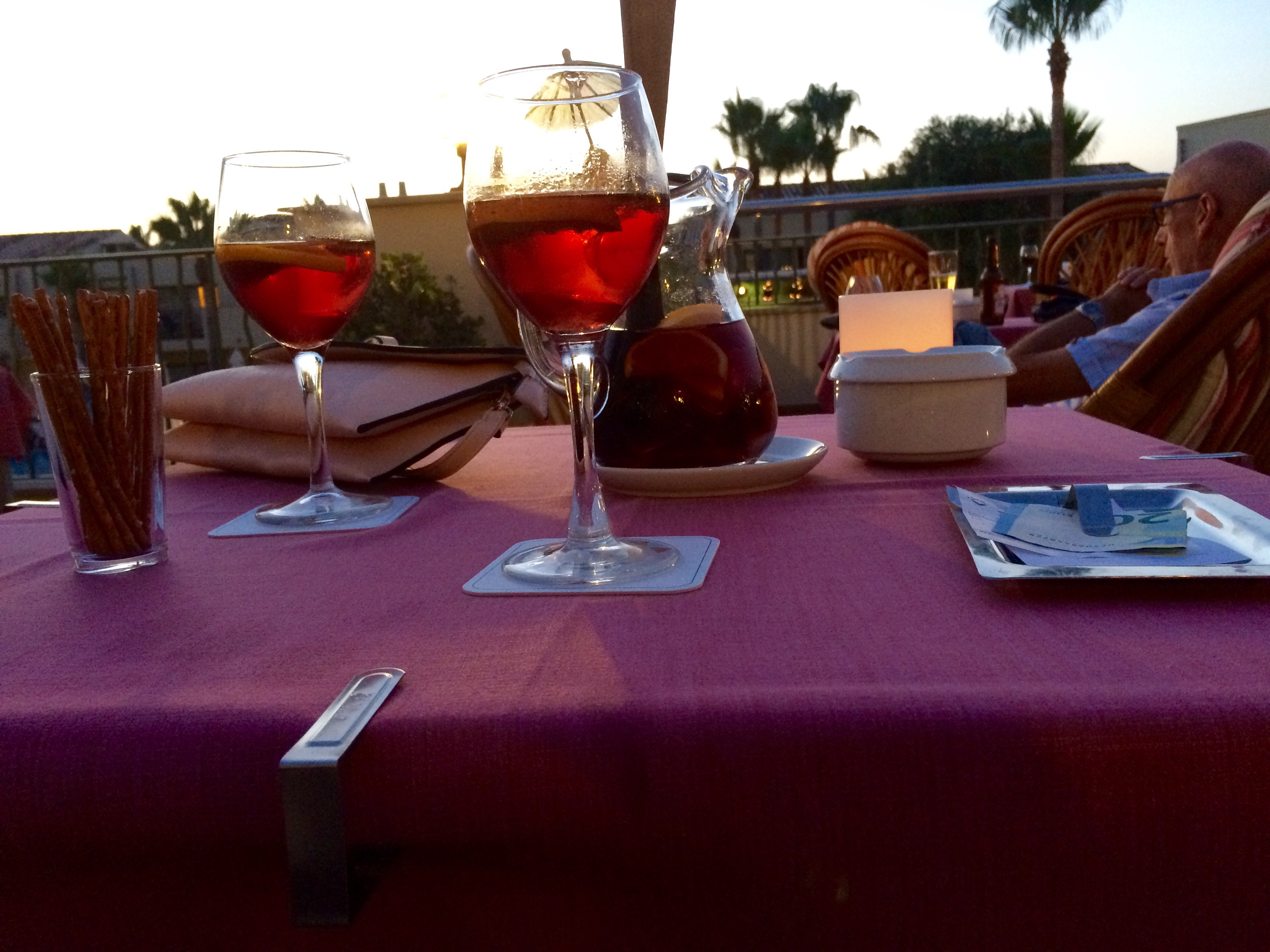 **Disclaimer – This blog is fictional. Both the island of Menorca and this hotel are excellent holiday destinations. The  clientele are similarly top notch and I’m unaware of a Knuckles McGuire amongst the guests!