I was interested watching a video that had been shared on Facebook this morning. To be honest, I wasn’t that interested but if I’d have told the truth and said I was indifferent to it, you’d probably stop reading immediately!…….. Oh, too late!

The video was of a young girl from the US addressing her friends about an interaction online about gaming, she‘d had with an English boy.

She advised her peers that, as she only spoke American, there had been a language barrier because the boy only spoke English. He had confused her when he told her the price of a particular game was fifteen pounds. She thought he was using a measure of weight, as she didn’t realise the pound was British currency.

The girl pondered why the game was so heavy over this side of the pond, compared to in the US. She mentioned it might have been that they have to be heavier as England is nearer the Sun and the planet Jupiter. I assumed she was making a gravitational reference of some sort at this point!

I was intrigued to learn we are the closest country to the Sun, as I’d not heard that before! However, everyday is a school day as they say and that particular Geography and Astronomy knowledge void has now been filled.

However, I suspect the details regarding England being nearer the sun to be incorrect. I mean, have you seen our flipping summers?!

England – Rubbish summers despite being nearest country to the sun! 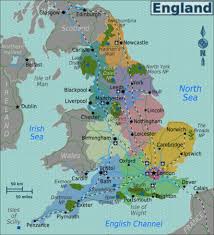 Misinformation online can be a big problem. I receive a lot of messages in the spam queue of my blogging site garystrachan63.com . They are a mixture of mails either trying to sell me a loan/mortgage, or kind positive feedback such as “Your blogs aren’t as crap as I thought they would be!”

When I write it is predominantly fiction or fiction based on fact. Therefore, a high proportion of my work is made up, especially the ones I write that have a historical take.

With this in mind, one of the emails I received recently made me chuckle. The email was very badly written (I’m flattered they copied my style!) and almost incomprehensible. I suspect it’s from someone whose English wasn’t their first language or my father-in-law.

What I could make out was that the person had enjoyed a particular blog and would use the detail in it in their school project on Cleopatra! Blimey, I just hope they don’t as it was predominantly made up scenarios that were too daft to be possibly true.

I had a terrible vision of this kid from the Far East, or sub-continent, handing in a piece of work about the last Egyptian Emperor, based on my fictitious nonsense. If that scenario comes to pass, I suspect the next email I get from him won’t be as cordial!

It is a perfect example of the power of misinformation and how it can affect our lives……. or project mark! I do try to make any historical narratives so daft that no one could possibly believe they are true. Obviously, as is the case of the American girl above and the overly trusting guy who emailed me, you can’t account for everyone!

On the subject of blogs, I’ve been made aware of one of them, about Olympic gold medallist Mark Spitz, had appeared on a Japanese website. I followed the link but cannot make out which story is mine as the site is all in Japanese!

I’m very intrigued to know what one of my narratives looks like in Japanese. However, as the language converter on google is unable to convert it back to English I’m currently unable to do that! 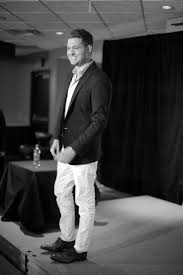 As it is his birthday, I’ve titled this ‘Where Do You Stand On Michael Buble?’, which I based on this scene from the BBC comedy A Trip To Italy, starring Steve Coogan and Rob Brydon.

I don’t agree with Steve Coogan’s tongue in cheek response about the Canadian singer. Personally, I like Buble’s versions of songs from the American songbook, although I’m not overly keen on some of his newer self-written stuff.

Anyway, happy birthday Michael! You’re a good singer, however, this man is the guvnor when it comes to crooning!