It is former Australian cricket captain Greg Chappell’s birthday today. He got an early present yesterday when the current Aussie team gave him the gift of national humiliation. This followed being bowled out for 60 against ‘The Poms’ in the fourth test in Nottingham.

The team didn’t skimp on this present as it was top quality national humiliation, which was gifted wrapped in an old pair of ex-bowler Merv Hughes’ underpants. To rub salt in the wound Chappell’s unwanted present is non returnable.

The annoyance will be exacerbated by the fact the main perpetrator of the Aussie downfall was their nemesis, England bowler Stuart Broad.

He got under the skin of the ‘Baggy Greens’ (Australia) when, during the last Ashes series in the UK, he refused to walk after the umpire wrongly didn’t give him out. That was despite being caught after clearly hitting the ball, which deviated markedly. 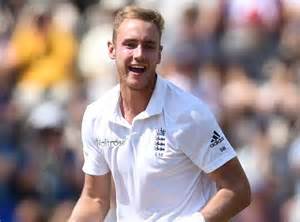 In their song Pretty Green the band The Jam sang ‘I’ve got a pocketful of Pretty Green’. Well yesterday Stuart Broad had his pockets full of Baggy Green! 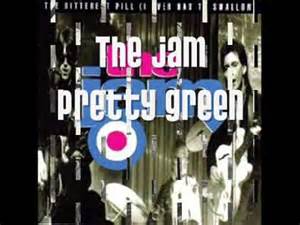 This game is by no means finished as the Aussies have another innings yet. However, as they are over 200 runs behind England, who as I write have seven wickets still to fall in their first innings, the consensus is that they need the intervention of three days precipitation not to lose.

Defeat for the Aussies would mean England would claim back the Ashes they lost in humiliating fashion in Australia in 2013.

Greg Chappell, who once famously told someone to f**k off, may not spend his birthday scoffing cake. There’s a good chance he’ll be shaking his head, eating humble pie and watching his ‘Joe Root – Masterclass’ DVD (a present from a cousin in Heckmondwike).

Greg Chappell wearing the ‘Baggy Green’ back in the day 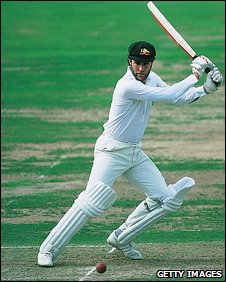 Whether he can bear to watch day two of the Test on his 67th anniversary will be between him and his maker…… Thompson’s Thermal Pumps.

It is often said in sport “You’re only as good as your last game.” If that is the case the Aussies are not only crap but they are getting worse! …………. And Ainsley Scragg 2nd XI (who won by ten wickets last week in the Calderdale Fictional Name League) must be bloody brilliant

Anecdotally, former West Indian bowler Vanburn Holder, who is no relation to singer Noddy, once said “Cricket’s a simple game.” However, he never elaborated on that so no-one had a bloody clue what he was talking about!

I don’t have the same love of the game of cricket as I used to. When I was a young lad I used to eat, drink and sleep the game. I’d have loved proper food and drink but times were hard in Chez Strachan in my youth!

To close this blog I wanted to say how sad I was to hear of George Cole’s death yesterday. I have fond memories in my youth of him playing the dodgy dealer Arthur Daley in ‘Minder’.

He worked for over seventy years in show business. He made his name working with greats like Alistair Sim, Margaret Rutherford and a bloke (whose name escapes me) who used to be in the ‘Dick Emery Show’ (no, not Dick Emery!)

“He had a good innings!” I heard someone say upon hearing of George Cole’s passing. At 90 you can’t argue with that……….. Well, it was 30 more than the Aussies managed in their innings yesterday anyway!

Below is a clip of Cole as the loveable rogue Daley, which is one of my favourite ‘Minder’ scenes.