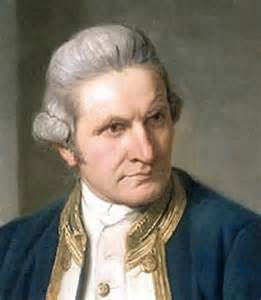 I was surprised to learn that it is 239 years ago today Captain James Cook started his third and final voyage…………….Blimey, it only seems like yesterday he sailed from Plymouth, under a hail of musket fire and the sound of Rod Stewart singing I Am Sailing!

This third voyage for the explorer was principally to find the North West Passage between the Pacific and the Atlantic Oceans.

As much as it is beckoning me, I’m not going to go down the North West Passage route for a gag………… So to speak!

He and his ship HMS Resolution set sail from Plymouth in 1776 heading for New Zealand, via Tenerife and Cape Town. Apart from having to turn back ten minutes into the trip, after the First Officer had forgot to pack his Speedos and his Ambre Solaire sun cream, it was a relatively trouble free journey.

However, the journey back wasn’t without incident. After discovering the Hawaiian Archipelago, he and his crew ventured east to the Pacific coast of North America. They didn’t stay long, though, as Cook took exception to not being allowed a role in the new Charlie Chaplin movie for having bad teeth, so they hastily moved on. 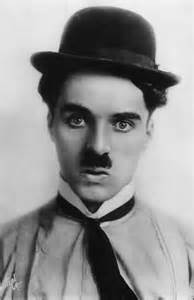 They headed north along the North American Pacific coastline, navigated the Bering Strait until they were stopped by ice as they attempted to continue east. This resulted in Cook and his crew having to return to Hawaii, where they received a heroes welcome from the islanders on arrival.

The crew were feted by the islanders who idolised these pale skinned men who brought them tobacco, nylons, cola and mother-in-law jokes.

However, this goodwill didn’t last as the islanders, although liking the tobacco, nylons and the mother-in-law jokes, became concerned when they saw what cola did when poured onto a dirty penny in a cup. Cook and his crew fled in HMS Resolution, with the sound of “Book them Danno!”  ringing in their ears!

Unfortunately, it wasn’t long before they had to turn back due to problems with the ship. Back in Hawaii the conflict was renewed, during which Cook lost his life!

After his remains were buried at sea the crew finally returned to London under the command of John Gore in 1780. The loss of such a hero muted the returning celebrations.

Today also marks the anniversary of the death of the latter day explorer Alan Whicker, who passed away on this day in 2013.

It’s rumoured, his trademark tortoise shell spectacles were found by a squirrel in an oak tree in Malton, North Yorkshire. But I started that rumour and trust me it’s complete bollocks!

I’m having to fictionalise this because I don’t know a great deal about Whicker, apart from that his trademark tortoise shell spectacles were found by a squirrel in an Oak tree in Malton, North Yorkshire…………. Oh, that’s a lie isn’t it! ………….. So really, apart from being aware he fronted travel shows and he wore specs, I know chuff all about him!

I know I could google it, however there is no point regurgitating Wikipedia. You might as well read it from there yourself if I was going to do that!……………. That’s if your interested in reading about Alan Whicker, which perhaps your not!

His was an era when travel exploration shows were fronted by people who undertook that role as their profession. Not like now, where they are generally hosted by celebrities famed in other fields.

Not that I dislike the new format of travel/exploration programmes. Most are good entertainment, apart from when Keith Harris and Orville rode on a Harley Davidson on Route 66! …………….. I thought it was highly irresponsible that Harris let the green duck drive the Harley, whilst he navigated!

Anyway, I’m bringing this blog to a close now as the ideas I’m coming up with a getting more and more bizarre!

“May the foreskin be with you!” as they say at the opening of the Star Wars Convention for Circumcision Practicioners.