Yesterday I was sat on a bench in Leeds city centre savouring a break from watching my wee Mrs scouring the finest clothes and footwear emporiums our metropolis has to offer.

As I sat people watching, I spotted someone go to shake the hand of an acquaintance. As their friend went to reciprocate this amicable gesture, he pulled his hand away, put his thumb to nose and stuck his tongue out. He then laughed at the recipient for falling for his infantile trick. The acquaintance looked less than pleased, cursed at him, before they both wandered off towards Boar Lane.

An example of the trick gesture 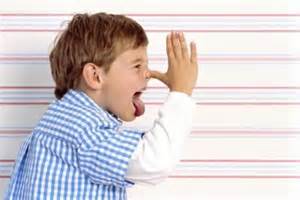 As an onlooker I couldn’t resist a wry smile at this childish interaction. Particularly, as I’d not seen that done for years. I also recalled how I used to hate being on the receiving end of this pretty innocuous joke.

Considering how innocuous it is, I’m amazed how much this really seems to annoy the person on the receiving end of the gag. There seems no parity in how they badly react to this mild joke gesture.

It set my mind pondering as to if any conflicts through history may have started through this type of innocent tomfoolery. For example, did Hitler really invade Poland in 1939 as a result of the Polish Prime Minister, Felicjan Skladkowski, offended him in this manner?

Was this action the catalyst for the break up of Charles and Diana’s marriage? Did Mrs Babbage at number 97 throw her potato peeling over the fence at Mrs Teasdale because of a similar jape?

My random mind then started racing, pondering how this gesture may also be used. I pictured the New Zealand rugby team performing their Haka, aimed at intimidating the opposition pre-match. Only for their opponents to walk forward to confront them with the thumb to nose gesture!

The New Zealand ‘All Blacks’ performing the Haka

Additionally, I wondered how else this gag may have manifested itself during other famous historical events. For instance, at Trafalgar in 1805, after a mortally wounded Admiral Horatio Nelson whispered to his Captain “Kiss me, Hardy”, do the history books omit to tell us that when Hardy leant forward to administer the requested peck, Nelson put his thumb to his nose, smiled before promptly expiring? 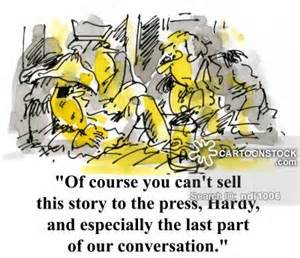 At this point Karen walked out of Marks & Spencers holding a couple of carrier bags. As she reached me, I resisted pretending to shake her hand and thumbing my nose at her. We exchanged smiles, before wandering through the sparse midweek crowds towards the Trinity Shopping Centre.

I got into a conversation yesterday evening about the cult BBC tv show Doctor Who. If truth be known, I’ve never been an avid fan of the show so my input into the conversation was sparse to say the least.

My first memories of the long running show were in the early 1970’s, when it was Jon Pertwee playing the eccentric Time Lord.

It was long before computer graphics and state of the art studio sets. Throw into the mix that I was watching it in black and white and, it has to be said, it wasn’t what you’d call aesthetically pleasing.

As I stated earlier I’ve never been a massive fan of the show. If I did watch it was to fill in the time between Grandstand and the good Saturday evening shows on BBC1. As there was only three channels in those days, there wasn’t much option it was either that or some garbage on ITV or BBC2. 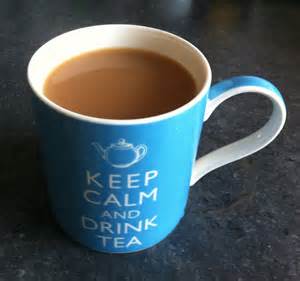 The rare occasions I have watched it were when Jon Pertwee and latterly Tom Baker were the Doctor.

I can remember the kaleidoscopic patterned opening titles of the show at that time, with their almost hypnotising quality. Additionally, I recall a few of his nemesis (Daleks, Cybermen and the rugby commentator Eddie Waring). After that I’m struggling, which resulted in me being very much a silent party in this discussion about the Time Lord.

Opening titles when Jon Pertwee was the legendary Time Lord

If I’d have listened my friends meanderings yesterday about the good Doctor my knowledge void on the subject may have been filled. However, I switched off after he said the words Doctor Who!

I never thought about it as a kid, but as I write this now it strikes me there are many pros and cons to be a Time Lord.

On the plus side you get to travel, you have a surprisingly spacious abode and some pretty cute sidekicks. Additionally, the substantial number of Air Miles you clock up are a pretty decent perk.

On the negative side you had to work long hours, received a poor pension, no travel expenses or healthcare and most importantly lots of people attempting to kill you!…………. A bit like working in my local takeaway really then!