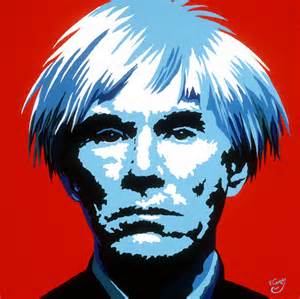 During a conversation yesterday, I opined that when artist Andy Warhol said “In the future, everyone will be world-famous for fifteen minutes.” he was talking out of his arse!

I backed this up with the argument that I don’t know anyone who has had a single minute of worldwide fame in their life! ……….. Unless you count having your picture in the Gateshead Post newspaper, for winning the Durham Senior Cricket League, as world-wide fame!

Of course, Warhol didn’t mean his comment to be taken literally and my comments above were made tongue in cheek. Apparently, his reference was aimed more at popular culture and the craving to be a celebrity, as he saw it in 1968. That is my understanding anyway………….. If he did mean it literally, I stand by my original comment that he was talking out of his arse!

Karen was quite taken aback with my comments. Not only did she deem them disparaging and unnecessary, but we were having a disagreement about how Cheesestrings were produced at the time, not Andy Warhol!……… I still maintain she is wrong when she says the strips of cheese are glued together by a team of Oompah Loompah’s during the production process! 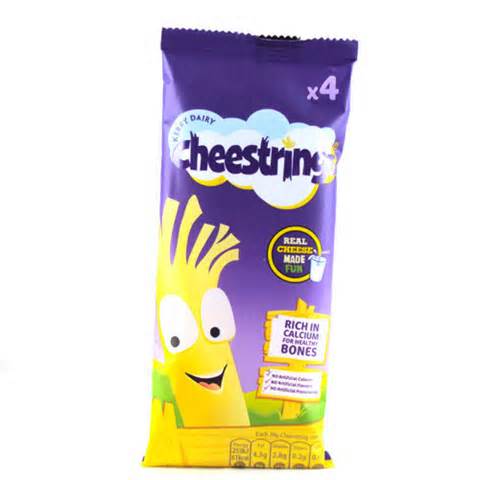 Anyway, back to Warhol’s famous sound bite about people’s craving for celebrity status. I was only five years old when he said it and far too young to understand what he meant. Additionally, I was too busy auditioning for the TV show Opportunity Knocks at the time to give it much attention.

My mum wanted me to be a childhood star and achieve at least fifteen minutes of world-wide fame. Her plan was flawed, though, as the demand for my whistling act was low. The fact I could only whistle the National Anthem meant the chances of even getting my fifteen minutes in the sun were pretty limited.

Add to that it was the West German anthem Deutschlandlied I was performing and my hopes of being hailed as the new Mickey Rooney reduced even more drastically!

In 1968, it was only twenty three years since the end of World War II and there was still much anti-German feeling around. I think its safe to say the tune I whistled wasn’t endearing me to my audience!

After failing to become famous I was subjected to frequent torture of donkey bites, chinese burns and made to watch Malcolm Muggeridge programs. There was no Childline or Esther Rantzen to reach out to in those days.

Esther was too busy seeking her own fame in a TV career.. Her ambitions came to fruition in the 1970’s, when the toothy presenter secured the role of fronting a consumer affairs programme. Amongst the many presenters who assisted her over the years were a poet with a gammy eye, an actor from It Aint Half Hot Mum and a piano playing lyricist who later wrote with Andrew Lloyd-Webber. 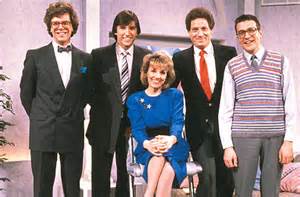 They were random cast of characters who added humour to genuine consumer issues, in addition to the more unusual life stories. Tales such as a cat that could play the piano or a dog that could say “sausage”! They may not seem pretty mainstream now. However, prior to the days of YouTube, mobile phone clips and social media they were a real novelty.

Unfortunately, the unusual act slot didn’t extend to boy who could whistle Deutschlandlied, so the diet of Malcolm Muggeridge programs, donkey bites and Chinese burns persisted.

I’m writing this at my parents. My mum has asked if I make it clear the mistreatment I refer to is fictional. If I don’t my dad’s going to give me a Chinese burn! …………. Of course it’s fictional I had great parents! ………. Oh no, they’ve just got the Malcolm Muggeridge box set out!!