It’s been uncomfortably hot in the last few days or so! I’d say my sleep has suffered as a consequence of the heat, however, as I don’t sleep very well anyway that wouldn’t be strictly true.

They say that the temperature in London the other day was the hottest since records began……. Bloody cockneys always bragging. Their one-upmanship can be quite galling at times! ……………..I’ve no idea how our temperature compared in Leeds but we must have been close.

I always thought I didn’t share my fellows Brits obsession with the weather. However, looking back over some of my old blogs I appear to reference it quite regularly. So it looks like I do also suffer from this trait!

I’ve looked at lots of remedies to get cooler in the last few days. Some, like cold drinks or ice cream, work in the short term. However, in the absence of air conditioning I’ve struggled for a good long term solution.

I have used a large fan overnight which wasn’t that effective. Although, if it had been in the same bedroom as me it may have worked better! …….. That’s a joke by the way, I’m not that stupid!

The last time I used the fan was overnight a while back. During the night I needed the loo, so with half open eyes I tried to navigate my way across the dark room towards the en suite. As i got to the end of the bed i walked into the fan, which was whirring away at full speed. As it was at my crotch level I was mightily relieved it was the type with a guard on. I dread to think of the consequences if there hadn’t been!

One of the things I tried to help cool me down! …. That’s the cap not the mannequin by the way! 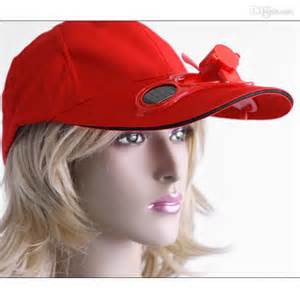 Of all the potential solutions I’ve seen online, I think this dog has come up with one of the best ideas to keep cool!

I was sad to read the death of veteran entertainer Val Doonican today at the age of 88. I’ve heard him dubbed as the Irish Bing Crosby, although to be honest his fame never reached that level world wide.

He was an ‘old school’ crooner whose shows entertained the British public long before it evolved (cough, cough) into the top quality fare that’s dished up now. To be honest, it’s not his singing that I remember fondly, in fact without using google I can only name a couple of his songs (‘Paddy McGinty’s Goat’ and ‘Walk Tall’).

My fondness of him is borne from the part he played in the great tapestry of BBC Saturday night entertainment of my childhood. His show is etched unforgettably into this tapestry, along with ‘The Two Ronnies’, ‘Morecambe & Wise’, ‘Mike Yarwood’, ‘Dr Who’, ‘Basil Brush’, ‘Kojak’, ‘Starsky & Hutch’, ‘Dad’s Army’ and ‘Match of The Day’ to name a few.

He was a genial man who on occasion would deliver his songs sat in a rocking chair in a knitted jumper (probably knit by an elderly admirer) . He would sing in a calming Irish lilt about goats, donkeys and things not donkey or goat related …………. I realise from that description I’ve probably not sold it to you as something you’d wanna watch!

However, it was Saturday night entertainment from the 1970’s. The BBC could do no wrong, well not in my stigmatic eyes anyway! ………. It maybe though my view of it all was tainted by the prescription rose tinted specs I wore!

The Beeb could have aired a show with a puppet fox shouting ‘Boom Boom’, after telling a rubbish gag to his sidekick and I’d still have loved their Saturday night tv in those days!………. Coming to think of it, they did have a show like that! ……. To me as a kid they were the halcyon days, which were only marred if Leeds Utd had lost, or they’d won and my dad wouldn’t let me watch it on ‘Match of the Day’, because it was on too late.

To close this blog I’d like to pay tribute to the crooner in the rocking chair……… RIP Val Doonican, thanks for the memories!