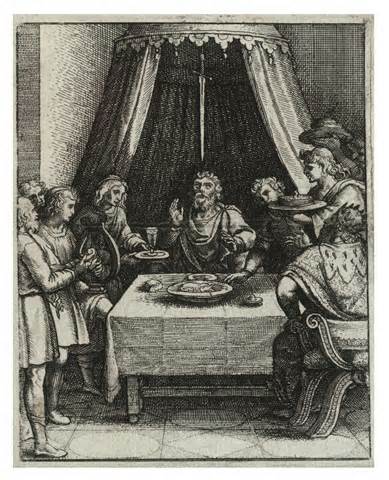 It was my wife Karen’s birthday yesterday. It’s a day we never thought she’d see when originally diagnosed with incurable cancer over four years ago. However, excellent medical care from consultants, doctors, neurologists, treatments, and medication; combined with her fight, courage and desire not to give up have contributed to unexpected longevity………. Her spirit and tenacity are truly inspirational!

All of this has been played out by her with little complaint and great resilience, regardless of how bad the treatment she endures is or how poorly she feels. She also has had little support off certain people and been let down at times (myself included!), which upsets her but doesn’t dent her resolve! …….. There are some people who should hang their heads in shame! Some will, but certain others will dodge the raindrops, because they are not decent enough people to realise their behaviour is appalling!

I really want to elaborate on the above paragraph and vent my spleen, however, I cannot as it would upset the one person who really doesn’t deserve it, ie Karen. I will have my retribution one day though! …….. Does anyone know where I can get a howitzer?!

It has been heartening to see my diminutive spouse’s smile and hear her convey that this birthday week has been “one of her best!” So far this week our daughter Rachel treat her to lunch out in Harrogate, she enjoyed a chilled out Monday, Afternoon Tea (courtesy of yours truly) in Leeds on Tuesday, followed by a relaxing day in her sun drenched beloved garden on Wednesday.

Yesterday, was lunch with friends at Roundhay Park and a very pleasant meal in nearby Methley with me, her kids and our son’s girlfriend. She really deserves the week she’s had, especially after what this last four and a half years have thrown at her!

We all know cancer doesn’t discriminate. This snide, vindictive, evil bastard of a disease picks people regardless of age, behaviour or worthiness to suffer! ….. My bitterness and anger is exacerbated by how badly wrong the karma bus got this decision!

As you may have gathered I’m not in a very forgiving place at the moment. Four years of absolute helplessness seeing my wife suffer, on top of my own occasional stupidity have left deep scars!

Under our current circumstances we have to treat every birthday, or any event coming to think of it, as possibly our last together as a family unit. With that being the case I should be writing in my normal light hearted style! However as I write, light hearted isn’t on my agenda.

To close, I will share a letter I wrote “to cancer” on the recommendation of a counsellor, shortly after Karen’s diagnosis. My counsellor thought it would be a good exercise to write down my feelings towards this risible disease. I didn’t intend to ever let anyone read it, however, like the rest of the blog I’m hoping in doing so I find it to be a cathartic experience.

I wish I had an address to forward it so we could go around mob handed ‘for a word’!

In a famous film scene from the Monty Python film ‘Life of Brian’ one of John Cleese’s characters, in an attempt to vilify the Romans who ruled his country, asked the Judean People’s Front “What Have The Roman’s Ever Done For Us?” What followed was a list of responses regaling him of the many positive things his country had benefited from during the reign of their unwelcome invaders, such as the roads, irrigation, the aqueduct and wine.

Why am I attempting to distract you from your path of destruction telling you about a scene from one of my favourite films I hear you cry!! You won’t after all give a toss about something positive, cheerful, something that makes people feel good. These are feelings that are so very far removed from your agenda of destruction, misery and pain.

The reason I brought up the scene was it inspired me to similarly ask you “What has Cancer Ever Done For Us?” I ask this in the knowledge that, unlike John Cleese’s character, I will not hear anything positive at all in response from you. Not that you will be bothered mind, you have far too many people’s lives to wreck. Amongst your hectic workload there are children to take from their distraught parents, spouses future’s together to end and parent’s life’s you will feel the need to terminate.

You of course will be sitting their smugly laughing at this fool angrily berating you. You, after all, sit there like a time bomb ticking away incurably waiting to take my wife away from me. I can’t stop you !!! …… No one can stop you !!! Even if her treatment kills off part of you, you will bide your time and be back until the inevitable happens. The fact she is only 44 years old, has never harmed anyone in her life and has so much more to offer is irrelevant to you. You don’t discriminate, why would you? If you don’t discriminate you have more victims to choose from and that greater scope for surprise.

Yes, no one can stop you trying your best to destroy me and my family’s life, but at least you can’t beat everyone. As time goes by you have to try and fight that little bit harder to cause chaos. Who knows there may come a time when you are eradicated altogether. That may be a Utopian dream by millions of us who suffer, volunteer, care, treat and donate so much in the hope that one day it will come true.

To close I wanted to say that despite all you can take from me there are memories that you can’t. With apologies to George & Ira Gershwin these adapted words say far more eloquently than I could the things that will always be mine:-

The way she wore her hat
The way she sipped her tea
The memory of all that
No, no, you can’t take that away from me

The way she’d smiled just beams
The way she’d sings off-key
The way she’d haunts my dreams
No, no, they can’t take that away from me
Though we’ll never, never meet again
On this bumpy road to love
Still I’ll always, always keep the memory of…