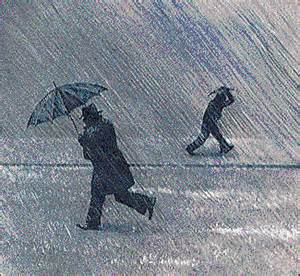 Precipitation engulfs east Leeds this Saturday morning. A sign of the changeable climate in the UK is summed up in this picture of my barbeque. Yesterday it was a cooking grill, today it is a saturated garden ornament. 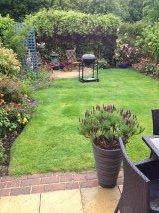 I recently read some philosophy about rain, which I thought I’d share:-

“To understand the philosophy of this beautiful and often sublime phenomenon, so often witnessed since the creation of the world, and essential to the very existence of plants and animals, the following derived from observation and a long train of experiments must be remembered:-

Were the atmosphere everywhere at all times at a uniform temperature, we should never have rain, or hail, or snow; the water absorbed by it in evaporation from the sea and the earth’s surface would descend in an imperceptible vapour, or cease to be absorbed by the air when it was once fully saturated….. So stop flipping whinging about the rain you miserable f***rs!”

The last sentence cannot be attributed to the philosopher, but I added it because it should have been included! … We in the UK seem to complain whatever weather is thrust at us!

By the way, I don’t pretend to know anything about, or indeed read much philosophy. I came across the above piece online during research………. Yes, believe it or not I do some research for this nonsense!

It was one of the first philosophical entries returned by my search engine. I could have just as easily been directed to some ‘old wives tale’ style philosophy site. The type my mother-in-law loves, which brandishes bullshit like if you wear a honeycomb on your head you’ll never get a cold … and the like!

Coming to think of it, that type of philosophy site would probably have provided far better entertainment value than above………. I might keep the ‘old wives tales’ subject in my back pocket for a later blog. 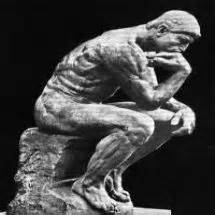 My last words on philosophy will come from Yogi. He told us that:-

Problems or successes, they all are the results of our own actions. Karma. The philosophy of action is that no one else is the giver of peace or happiness. One’s own karma, one’s own actions are responsible to come to bring either happiness or success or whatever, Boo Boo.

I don’t agree with his views on karma, but he certainly is smarter than the average bear! 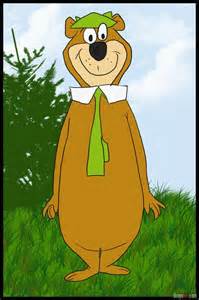 To close, I wanted to say a few words regarding my serious blog yesterday. It is the first one out of the fifty odd I’ve written that had no light hearted references whatsoever. I have to say, when I wrote it I wasn’t in a good place! ….. Last time I write a blog in Hull!

Seriously though, I didn’t start blogging to write about the more challenging aspects of my life. On the contrary I want to utilise the blogs to escape from them. I try to use them as a vehicle to help channel some positivity into my situation.

However, that vehicle was sidelined with a puncture yesterday. It was an occasion I found my circumstances overwhelming and felt the need to release some of the pressure that’s normally suppressed!