Whilst I sit at my dining table writing this, I have one eye on ‘The One Show’ on TV. As the bright evening sun reflects off the screen, I can just about make out tonight’s guest, the veteran presenter John Craven.

When I was a child he was the authoritative voice of children’s news on the current affairs programme ‘John Craven’s Newsround’…………….. I often thought it was an incredible coincidence he got a presenting role on a programme that bore exactly the same name as him!

His show was how we kids wanted our news stories delivered in the 1970’s/80’s! The programme fulfilled our need for slick, bitesize stories to engage our goldfish like attention spans. More importantly, though, we got to hear cutting edge informative tales of squirrels skateboarding, or a duck that could quack the National Anthem!

John Craven back in the day (a Thursday in this pic) and a skateboarding squirrel! ….. 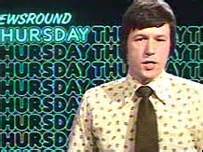 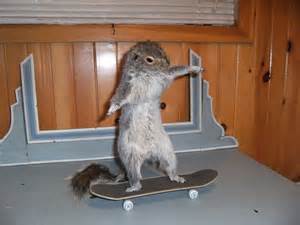 Believe it or not, his show was the intellectual part of our early evening entertainment. We made the most of it before the incomprehensible ‘Clangers’ took over the kids entertainment baton!

‘The Clangers’ was a strange programme! As I recall they were a bunch of puppets living on the moon who communicated via a series of hoots. As you couldn’t make out what the were saying a narrator acted as interpreter! ……. I haven’t got a chuffing clue how the narrator knew what they were saying! …. He probably made it up as he went along! 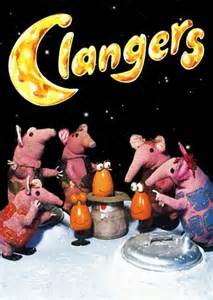 If he’d been that way inclined, the narrator could have had a field day making up the stuff the Moon dwelling puppets were saying, to a baffled young audience!…….

Clanger One – “I see Richard Nixon has been up to no good in that Watergate Affair!”

Clanger One – “You’re telling me! That Lee Harvey Oswald has a lot to answer for!”

Clanger Two – “Are you winding me up?! .. There is no way he was the lone shooter, he was a patsy! … The Warren Commission conclusions are a heap of crap!”

Clanger One – “Do you suspect the assassination was a conspiracy by the CIA, FBI, Mafia, Cubans and a Mexican called Chico?”

He’d have been sacked immediately of course, but a few watching adults may have chuckled, before they rushed for the off button! 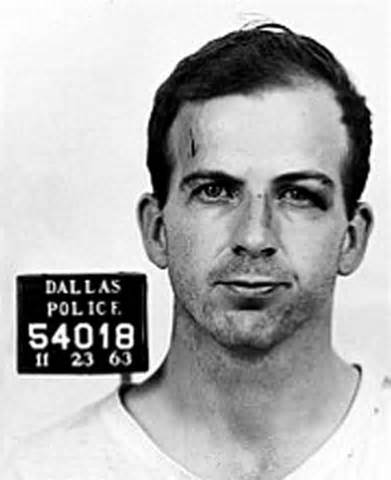 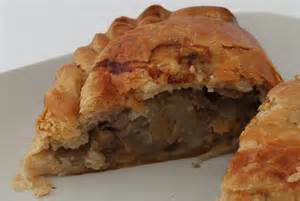 Talking of John Craven ……well I think we were anyway! I obviously must still have my goldfish like attention span! …… One thing that strikes me is how different he sounds these day!

I know you’d expect a man’s voice to drop an octave or so as they reach old age. However, I’m referring more to the fact that  John Craven tends to speak with a slight whistle when he talks these days!

I suspect the problem is just an ill fitting pair of false teeth. I don’t have a problem with it, but I’m glad he didn’t have them when he was a newsreader all those years ago. I’ve got to say, a wind surfing gerbil story can lose some credibility and authority if delivered by a man who sounds like a boiling kettle! …. Or even a woman, coming to think of it!

The actor Dennis Waterman who played a tough guy cop in ‘The Sweeney’ in the 1970’s is similarly affected as Mr Craven. His ill fitting dentures also cause him whistling issues when delivering dialogue! …. If he’d have had them when in the ‘Flying Squad’, I suspect the villains wouldn’t have been as intimidated by a guy whistling whilst reading their rights! 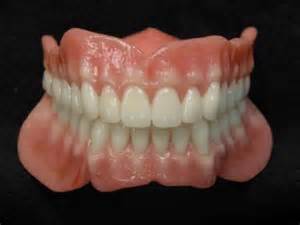