The other day I wrote about Karen’s and my claims to fame. Earlier I was thinking further on the subject, and now feel the fact I attended the same secondary school as ex-England footballers Paul ‘Gazza’ Gascoigne and Steve Stone is slightly less rubbish than maybe having a distant relationship to Hitchcock!

I’m slightly reticent about mentioning it because I didn’t know either of them, as I’m a older and had left when they were there, but I suppose there is a common denominator of the school nevertheless….. I think my sister was in same year as Stone’s sister but I really am stretching the claim to fame now!

Another thing I do have in common with Gazza is that the Geography teacher Mr Hepworth said to both of us not to arse around all the time, and you’ll never be a professional footballer! …….. Well he was 50% right!

Gazza and Steve Stone in their England days 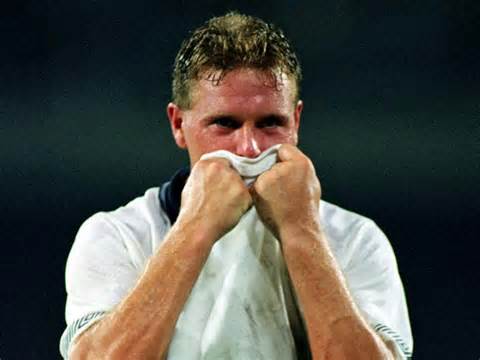 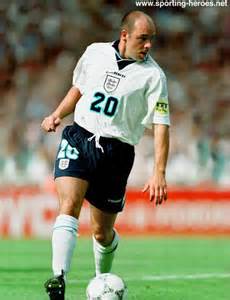 The other day I wrote of a favourite tale regarding a less than bright rugby player completely misunderstanding a joke. People have subsequently fed back that they liked. so I thought I’d revisit another favourite story…….. Oh, ok then I admit I’m only including it to try to pad this blog out a bit!

The story relates to an old job where we used to fill in nightshift breaks by playing board games, to try and stay awake during lunch breaks. One this particular occasion we were playing the ‘Question of Sport’ board game.

There were five of us playing so the guy who knew the least about sport (and that was an understatement!) decided he would be question master and the four remaining people split into two groups of two.

During the game the question master, who I will call Dr X (he was a Bond villain in his spare time!), manfully fought tiredness and a stammer to carry out the role to the best of his ability! ……. The stammer was a particular nuisance for the poor guy during the one minute round when he frustratingly only managed one question for our team!

His lack of sporting knowledge, though, always meant he was going to struggle with some of the questions. An example of this was when he asked our team “What sport did the Swede Anders Garderud win a gold medal at the 1976 Olympic Games in Montreal?”

He then added “I’ll give you a clue. It was on a horse!” …. Me and my team mate then spent a few minutes reeling off as many equestrian events as we could, which was met with a hearty “No!” from Dr X.

In the end we gave up and asked what the answer was to which he responded “The 3000m Steeplechase!”

A Question of Sport board game and Anders Garderud (minus his horse!) 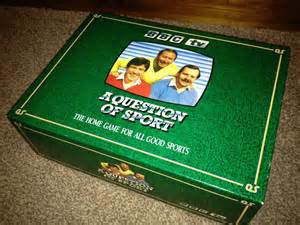 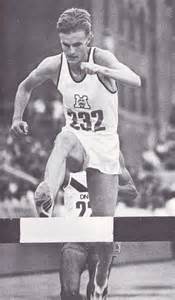 To close this blog I’m going to add a few of the spoof film reviews I do for my Twitter site ‘@MovieLazy’. I got the inspiration for this from a family member, during a discussion about multiple Oscar winning movies. I was looking at a list of movies in this category and noticed an old one from the 1940’s called ‘Mrs Miniver’. I’d never seen this so asked them what it was about.

“It’s about a woman called Mrs Miniver.” She responded. I loved the rubbishness of the review, which basically told me nothing. So from that the idea of writing useless bitesize movie reviews was born! … Here are a few examples:-

Poseidon Adventure – They all die in the end apart from the ones who survive! Actor Red Buttons in it. Press him to start #BBC #IPlayer !!

Wolf On Wall Street – The shallow side of me wants to say brilliant cos you see Margot Robbie naked! …. And so does the non shallow side!

The Hunger Games – Sat and watched with the dog. No idea whose dog it was but it seemed to enjoy the #movie! .. And my #popcorn! #barkingmad