It was a quiet but calming evening at home last night. The ambience was pleasant apart from the occasional beeping of horns or the shouts of “Tosser!” from irascible motorists in Colton Retail Park!

As Karen and I looked out onto the newly trimmed lawn and coiffured borders of the back garden, we listened to song thrushes chirping a merry tune as they congregated on the window sill outside. Inside a roving gypsy (god knows how he got in the house!) serenaded us with a medley of Morrissey songs, whilst we dined on foie gras, clams cuisine, and a cuppa soup.

This was washed down with a very palletable 1998 Whites Lemonade….. To be honest, I hadn’t realised it was lemonade. It’s been in the garage for ages but I thought it was turps. …. Coming to think of it, it explains why it did such a rubbish job of cleaning my paint brushes!

The dining table was adorned with a rose petals and a candle in the shape of a penis that I won in the church raffle! Karen and I stared into each others eyes as we chatted about how great the new lawn mower and garden rake were, whilst we belched merrily on the out of date lemonade.

The romance, however, was short lived as we soon realised that the serenading gypsy’s mates were upstairs stealing the copper pipes from the bathroom! The police were called but they are not hopeful of an arrest. The police woman did, however, take the candle with her as evidence!

A picture of the serenading gypsy and his violin. Police advise not to approach this man as he sings Morrissey songs! 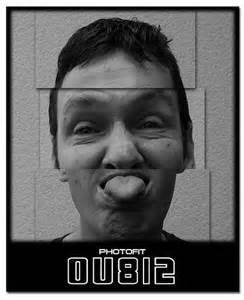 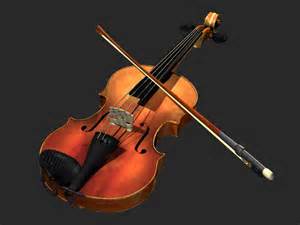 As it’s a slow newsday in Chez Strachan I thought I’d pad this blog out with one of my favourite stories which is actually true! It was conveyed to me by someone I played cricket with years ago, who also played rugby.

It surrounds the joke ‘Why are there no aspirins in the jungle? ….. Because the parrots ate em all!’, which was told by one of his rugby mates in the bar after a game to a group of the players.

Everyone tutted and sighed at the rubbishness of the joke, apart from one rather dim prop forward, who to everyone’s amazement, laughed uncontrollably at the lame gag.

Later that evening the prop forward was heard retelling the joke to a different group of players. His version of the joke was “Why are there no aspirins in the jungle? ….. Because the parrots ate all the f***ers!!” ………. The group dispersed and the prop forward ordered another beer, bemused by the negative response to his “great” joke!

A prop forward (Not the one who messed up an already rubbish joke I hasten to add!)

I know this is completely random, but have you noticed that no one seems to write about ogres anymore. Well, apart from ‘Ogres Monthly’ which I find to be a tad over indulgent, and for me doesn’t give an adequate voice to the much maligned man monsters.

I have a friend who lots of people claim is an ogre, but I find him to be a perfectly affable guy who never seems to have much luck. In fact last week when his ogress went through childbirth he was the one who got piles! ….. Apologies if anyone was eating whilst they read that!

“Ok Gary, you have a friend whose an affable ogre. What about it?!” I hear you cry! …….. Well in a nutshell my random ramblings are a metaphor for don’t judge a book by its cover or necessarily believe what people think of them. You don’t know what they are dealing with! …….. By the way this advice doesn’t apply to the guy at number 28 who stole my Carpenters cd, he really is a b@st@rd!!

Oh, and yes I know I could have given you that advice in one sentence and not four paragraphs, but I think I needed to raise the point! ….. Oh right I didn’t, i’ll get me coat!!

An ogre pondering why no one writes about him these days