After breakfast this morning, Karen asked if I could wander to Argos to get a couple of things for her. So in shorts, sunglasses and t-shirt I strolled up to the local Argos with the slip of paper left on the side with the product codes of 134/90 and 135/92. She even thoughtfully wrote P49 on it to guide me to page where the products were.

I purchased the goods and, after getting some essentials from Sainsburys (a Marmite mug), I returned home.

As I sat in the garden mustering the enthusiasm to start gardening, Karen walked out and shouted “Gary, you haven’t seen that slip of paper on the side have you? … You know it’s the one I was keeping a record of my blood pressure and pulse rate on!” ….. Oops!

She then added “Oh, and why have you bought the ‘Frozen’ tea towel and some fire lighters from Argos by the way?” 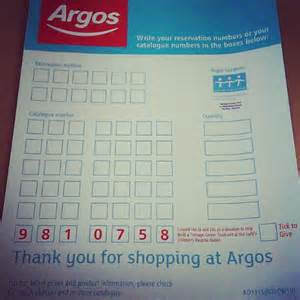 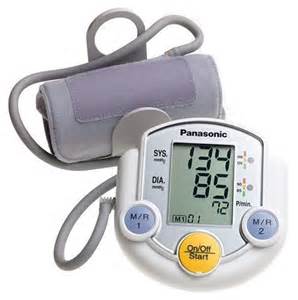 I’ve spent quite a bit of time gardening today. It’s been a very nice Spring day in Leeds. The vultures were sat chirping joyfully in their nests. Next doors cat laid watching me dig, probably thinking “I’m glad I don’t have to do crap like that!”

I don’t mind gardening, which is lucky as I’m over 50 and I think it’s illegal to not garden after that age! I am coming quite adept with Karen’s tuition at knowing most of the plant names as well……. The yellow one is Frank, the blue one is Arthur, and the two white ones are Bernard and Louise!

Anyway, the hard work has paid off and the garden isn’t looking too bad! Although, Arthur wanted a bit more trimming off, according to Karen!

My garden after a tidy up! (Frank is first left) 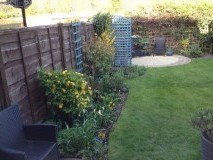 Being a Leeds United fan is a tortuous affair. I haven’t got time to write down the full details of this seasons soap opera, but it is alleged that today six of the players refused to play saying they were injured. No one is quite sure why but, again allegedly, it is thought to be in support of underfire Italian owner Massimo Cellino.

You will notice I’m using the word allegedly frequently in this piece as I believe Massimo is a big fan of my blog and I don’t want him suing my ass!

He apparently reads the Italian version of my website which is administered by my brother Ian. He doesn’t speak Italian so he just adds ‘io’ or ‘eo’ to every other word and thinks it will suffice. ….. Sounds like a plan to me!

A while back I wrote on Facebook about a conversation I had over dinner with Karen about who had the best claim to fame! You might think “Well if you’ve had it on Facebook why the heck bother putting it on here?!” which would be a reasonable question.

My answer to that is that I intend to embellish my Facebook entry outside of the space confines of a FB status post.

During the conversation I told her my paternal grandmother once told me that legendary film maker Alfred Hitchcock is distantly related. Apparently, he married a distant cousin! I’m not sure of the validity of this, especially as my dad reckons it’s the first he’d heard of it!

Karen tried to usurp that by telling me her English teacher at school once met the actor Judi Dench!

Well I’ll let you make your mind up who wins that battle! Neither very good I must admit but hey it passed a bit of time and caused a chuckle.

Breaking News – It wasn’t Hitch we were related to. I was Norman Bates the title character in his movie Psycho!!

Shower time in the Strachan house! 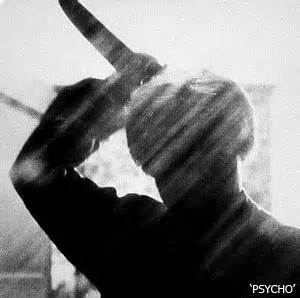