I had a nice surprise this morning when I received a call from the West Yorkshire Creosote Association. They rang to advice that one of my blogs had been nominated in their ‘Blog Written Without Use of the F-Word’ category, in their upcoming monthly awards ceremony.

This is a prestigious monthly black tie event held at the Thorburn Scout Hut in the presence of dignitaries and esteemed guestsm such as Dick Van Dyke’s cockney accent and an extra from Emmerdale.

It used to be solely for blogs about creosote, but as “No one writes about it since those blighters at Cuprinol and Ronseal cornered the market!” they’ve relaxed their qualification criteria.

Subsequently, now the selection committee consider anything written by anyone in West Yorkshire, and for some reason Toulouse in France.

I feel honoured, particularly as I’m new to this blogging malarkey. My parents were also chuffed to hear of my nomination; not to mention my commendation for the use of the word juxtaposition in a separate blog.

It would be nice to win, especially to ‘put one over’ on our French cousins. They’re very competitive about the blogging are our Gallic chums. A fact reinforced by one of my competitors Piers D’Resistance in his narrative titled ‘I’m Very Competitive About My Blogs’. 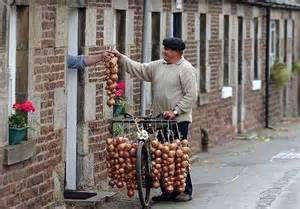 The good spirits from my award nomination were quickly dispelled when I took the bus into town this morning. I was always taught that if you’ve got nothing nice to say about someone don’t say anything at all. However, after three years of being a mute I decided I needed to disregard that advice as a lifestyle choice.

I’m not proud of writing this as it is unkind to the gentleman in question. However, I feel compelled to comment on the guy sat in front of me on the bus, who had such bad body odour I seriously pondered getting off the bus.

It wasn’t an option, though, as I was up against time due to an 11 am appointment in town.

I would have moved but the bus was packed, apart from surprisingly next to him. Not only was it unpleasant but the guy next to me was looking accusingly as it was me making the awful aroma!

Luckily underneath my jacket I had my ‘That Smell Is Not Me!’ t-shirt on, so I quickly removed my coat pointed at my t-shirt to the guy next to me, before pointing at guy in front!

He gave a knowing smile and we sat quietly suffering in silence. It was interesting to note the guy in front was doing a crossword. His clue for 12 across was ‘Four letters, makes smell nice, bought in a bar’ …. He answered wine instead of soap!

Anyway, the guy was on for the full four miles of my journey. I thought he was gonna get off at one point but my hopes were dashed when I realised he was just stretching to put his paper in the bag.

A friend told me yesterday that a pigeon flew head on into her window which killed it immediately. Being a caring person she went outside to perform the last rites….. I’m not sure how she knew the pigeon was a Catholic mind you! As she did that she caught sight of Dastardly & Muttley giggling contentedly over at long last catching the pigeon!

The scene shortly before the pigeon’s untimely demise 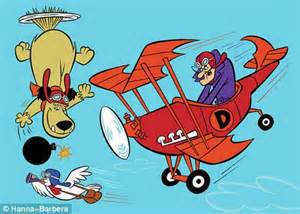