I wrote yesterday of an acquaintance who was offering Nectar points to women on a dating site as an incentive to date him. Today I’ve decided to use a similar marketing model to increase the number of followers on my website! …. Garystrachan63.com

So from today I’ve decided to offer a free haircut to everyone who follows me on my site…….. I’d like to add that I’m not trained to cut or style hair and I’ve never done it. But how hard can it be?!

I’ve got scissors, a comb and a cape (from a Batman fancy dress outfit) so I’m sorted and ready rumble! … Well cut and style anyway! …. I haven’t got a hairdryer by the way, so I’m having to employ my mother-in-law to provide the hot air! …… Please form an orderly queue!

My first follower (below) 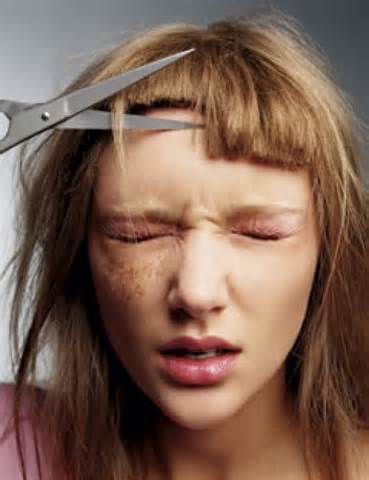 When I commence writing a blog I generally start with bullet points of ideas, which I embellish as I populate the blank page in front of me. Over the years I have jotted down various ideas in notebooks to jog my memory when it came to typing them up on my laptop

It means I have several books of various sizes scattered around the house in a disorderly fashion. None of them are full as I just buy a new book now and again when I mislay the others!

When I started writing this I dug out one of these books that I was sure I’d put some ideas in! … All it had in it though was Christmas present and food shopping lists.

I was frustrated that this book wasn’t going to provide inspiration. However, this weeks shopping list intrigued me. Amongst the things Karen had written down were ‘Milk, sugar, eggs, cheese, rabbit mince, milk, eggs, hamster food, a shoehorn, grandfather clock, a hat for the dog …..’

I queried this with her, firstly pointing out she had put milk and eggs down twice. She responded that she really liked milk and eggs!! I moved on swiftly and pointed out we didn’t need hamster food as the hamster died three months ago, or a hat for the dog as we haven’t got one!

I kept a diplomatic silence after a rant on my negativity, and always looking to pick holes in stuff she does. I thought it prudent as one of the phone numbers she’d jotted in the book was a hitman in the Leeds area!

A shoehorn and a grandfather clock 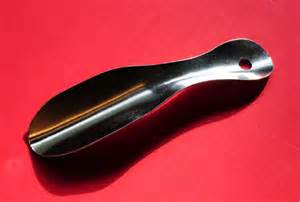 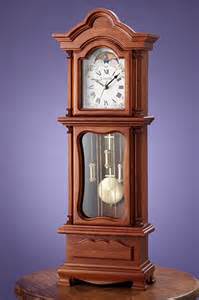 Excitement for the up and coming General Election is reaching fever pitch in the Chez Strachan. I always think the intellectual quality of the household discussions is raised at these times.

Why only yesterday, as we sat watching a Party Political Broadcast, my daughter turned and said “Can I turn this crap off please dad? … They are all shite!”

My wife isn’t happy that Rachel has such a cynical view about politics. Over dinner they had a disagreement over voting in this General Election….. Karen advised Rachel she should utilise her vote as her great grandma died trying to get to vote nearly a century ago!

She wasn’t a suffragette, she got run over by a tram on the way to the Polling Station in Darlington!

The offending tram (below) 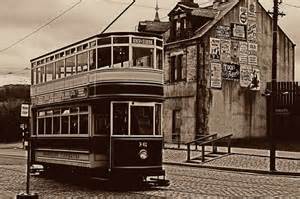 Breaking news – After investing in a Sat Nav, Dionne Warwick and Tony Christie have finally got to San Jose and Amarillo respectively. The only down side is that sweet Marie got sick of waiting for Tony Christie in Amarillo so ran off with a local plumber called Serge! 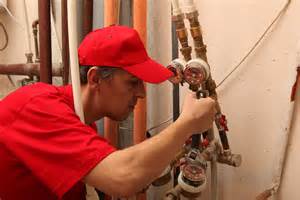