I’ve been chatting to an acquaintance who is distressed at his inability to attract women. He is so bad at securing a date that he couldn’t even court controversy! …. He tried several times but controversy eventually took out a restraining order!

Anyway, he’s had a brain wave that he is to start providing incentives for the fairer sex to go out with him. With that in mind he is to provide Nectar points for each time a prospective partner dates him! ….. You may think this is a rubbish idea, which fully explains why he is single. However, compared to his initial idea of giving his beau a trilby after every fifth date it is inspired!

A Nectar Card and A Trilby 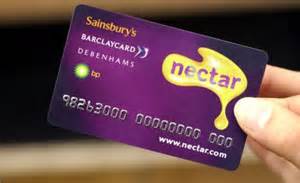 I’ll be surprised if the incentives improve his luck mind you as not only is he a bit odd, but he is also very tight with his cash. A typical example of this frugality was during his pet insurance renewal when he opted for ‘3rd Party, Fire & Theft’ cover to save a few quid!

In yesterdays blog I wrote about a gig I’d attended on Monday evening in Manchester. It was written with verve, alacrity and the use of the word tugnuts in the second paragraph was inspired. However, I did omit to mention that when I came out of the excellent gig I bizarrely found myself thanking the stewards and arena staff!

It was strange as it was as though they’d performed the gig the way I was behaving. I’ll have to nip that in the bud otherwise I’ll be asking them to sign my flipping programme next time!

My poor old dad is having trouble with his hands after a fall last week! He hasn’t broken anything but he is awaiting scan results to identify what has caused the hideous swelling on his fingers.

It is so bad his hands look like something Ann Summers toy designers have developed! He finds out the results next week apparently. So we all have our fingers crossed that there isn’t anything serious …. Apart from my dad who can’t cross his fingers!

I’m undecided whether to shave my beard off today! It is quite unkempt and is itching like hell! I was discussing this with a friend who told me conditioning it may help with the itching.

This friend has a high post in the British Facial Hair Society, I think their title is the Archbishop of Beards … or something like that! With that in mind I trust their advice implicitly.

However, I have a feeling I’ve overdone the conditioner ………… 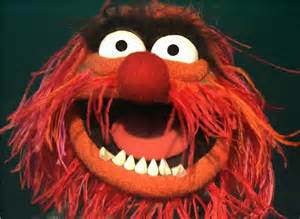