It’s been pleasing to receive some positive feedback about the blogs I’ve posted in the two weeks since I started.

In fact only last night a friend said to me “Hi Gary. I’ve just been reading your blogs……. Have you any idea what time Sainsburys shuts on a Monday?” .. My blog has obviously made an impression!

A few people have asked if the blogs were true stories. I told them that they are 60% fiction, 15% based on a true story, 15% true and 10% bees wax! …… I’d take most of the things I write portraying me and my family in a less than positive light with a pinch of salt …….. Unless you’re a slug then you might be in a few problems!

For example when I tell you about my son Jonny telling me the coffee machine was broken at our hotel over breakfast, and I pointed out that was because he had his cup underneath a DAB radio, that is fiction. However, the fact we stopped in a hotel overnight isn’t!

We stopped in a Premier Inn in Manchester as we went to watch Sting (or String as Karen calls him) onstage with Paul Simon. Two music legends who provided entertainment of a standard you’d expect from a star of that calibre.

Not sure why but I’ve started getting t-shirts for the gigs I attend now. Apart from the recent Alvin & The Chipmunks one where they had run out. So last night I bought one as a momento if nothing else. I say that because I cant wear it as the didn’t have XXL size!

At the memorabilia stand I asked the young girl “Can I have that t-shirt that’s £25 and on the back wall please?” The girl looked slightly bemused but eventually came back with my t-shirt. As we walked away from the stand Jonny (who’d bought a separate t-shirt) told me “You berk dad. There were four t-shirts costing £25 and they were all on the back wall!” ….. Fair play to the lass who served me for identifying what I wanted on the limited information she had to go on!

I showed Karen the t-shirt today over FaceTime and she thinks it may be a fake because “They have missed out the ‘r’ on String’s name!”

Although getting t-shirts is a new thing for me, we as a family try and collect a programme or fridge magnet for any shows, gigs and holidays we go to/on. In fact we try to purchase a fridge magnet for any place we have visited. We have a vast collection including the Post Office, B&Q, Dewhurst the Butcher and Harry’s Exhaust Centre!.

My counsellor thinks it a good idea for me, when I’m feeling low to look at the magnets to remind me of all the places I’ve visited! I’ve moved them to my beer fridge in the garage and I for some reason I tend to look at them more these days!

Below is my counterfeit String t-shirt with the ‘r’ missing! 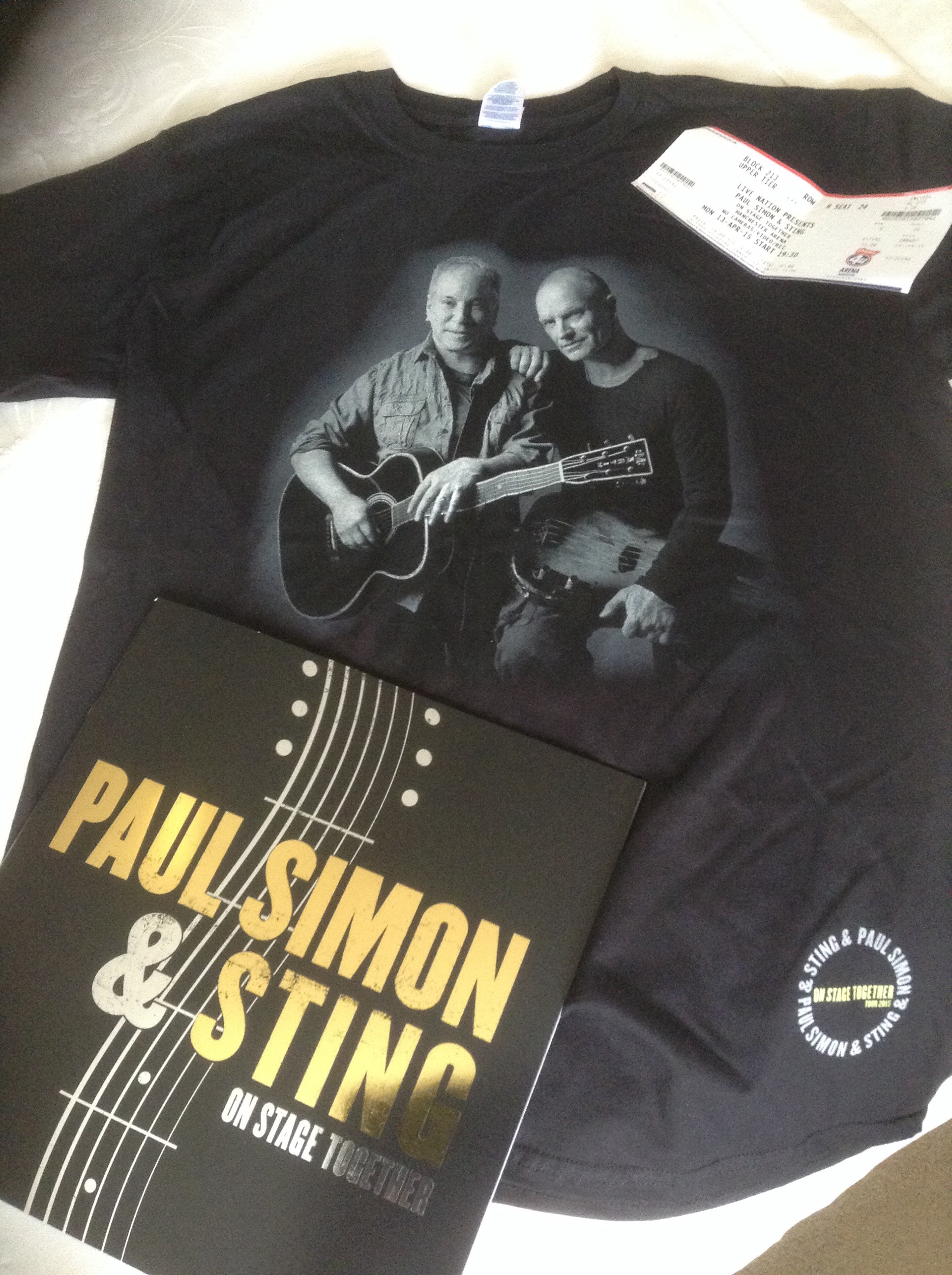 The Premier Inn was decent value for the price. The service was very good, the dinner and breakfast agreeable and the beds were comfortable enough.

The only criticism I would have is the beds were on wheels. It wasn’t overly problematic for me but I wouldn’t recommend them for a Honeymoon night! … Not unless you wanted to take part in a novel way of being on the dodgems!

As I say the food was agreeable! I’m not sure really what agreeable means to be honest! It could be the people eating it agree it’s nice. Equally they could be agreeing it’s crap! .. Who can tell?! …. In a nutshell I would go back.

The other day I visited my parents for Sunday dinner. At the request of my mum I took over my keyboard in its case. She wanted to see what I’d learnt so far in the piano lessons I’ve started, and have a go herself.

What she really meant is she wanted a go on it and sod what I had learnt! In her defence, though, as soon as I took it out of the case I’d used up what I’d learnt so far!

She proceeded to entertain us with a Les Dawson like rendition of familiar tunes. Well they were familiar to her anyway! Great, great entertainment though from a women in her 70’s.