This is my thirteenth blog. As that is deemed an unlucky number I am writing this with cloves of garlic around my neck! Yes, I know garlic isn’t supposed to bring you good luck, but it just might keep that bloody vampire who keeps distracting me away!

There has been drama in the Strachan household this morning. Let me first set the scene by telling you that my wife has three pairs of glasses. An upstairs pair, a downstairs pair and a pair she wears on holiday! A tad ostentatious perhaps but these Birtley girls know how to live!

Anyway, the trouble this morning is down to the fact she controversially wore her upstairs glasses downstairs when having her breakfast. This completely upset the natural order of the house causing my OCD to kick in! What made it worse was the fact she sat there as though her optical improvement device misdemeanour was no big deal! …. I’ve now got my ‘in a huff’ specs on sulking in the garden!

Talking of glasses, a few years back my brother left his spectacles in a pub whilst under the influence of alcohol. When he realised the next morning that he was missing his specs, he phoned the pub and asked the barman “Have you got any glasses behind the bar?” …. A stunned barman responded “Yes we have hundreds!” and hung up!

Below is a picture of the offending ‘upstairs glasses’!

I’ve just learned a friend had major surgery yesterday. It wasn’t a surprise to be honest as she’s always had a thing for a man in uniform! … Although, I have to admit I thought it was a tad indiscreet telling me!

I was disturbed today when chatting to a friend who has been having various mental health issues. He suffers from having multiple personalities which is traumatic in itself. However, to exacerbate things one of his personalities is female, which is receiving unwanted attention from one of his male personalities. Things have got so bad that the female personality has had to take out a restraining order which is causing my friend great distress!

It’s the Grand National today at Aintree, Liverpool. Karen and I went to this race meeting a few years back. It was packed, freezing and full of lasses wearing next to nothing! We got there just before the first race so Karen asked me to pick a horse for her as I rushed towards the course side bookie. I returned with our betting slips which showed Karen I’d picked a horse called ‘Beautiful Vision’. I told her I’d picked that horse as the name reminded me of her. This briefly won me plenty of brownie points with the wife. I say briefly as I unwisely followed this up with “Yes, but it was only because there wasn’t a horse called ‘Fat Arse’!”… Yes I know it’s amazing she hasn’t killed me!

The horse (below) I’ve backed is looking in good shape, so I am expecting a windfall later!

My local amateur dramatics group are really struggling for props due to cash shortages. The picture below is the horse being used by the title character in their production of ‘Richard III’ !! ….. “A horse, a horse. My kingdom for a clothes horse” 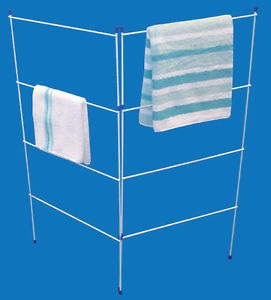 Earlier I was telling a friend who is a golf fanatic that I’ve just bought Kryptonite golf clubs. He responded “Do you not mean graphite?” ……… I told him “No, Kryptonite. I’m playing golf with Superman on Tuesday and I wanna whoop his ass!”

Below is my next opponent practising for our game on Tuesday.

Right I’m going to don my ‘I’m off to the toilet glasses’ and go for a pee!