In the 1970’s, the shops halfway along Low Fell’s Dartmouth Avenue were an almost daily destination of the young Gary Strachan. This mini retail outlet for Chowdenians***,  consisting of a group of four convenience stores which over the years included a Spar supermarket, an Off-licence, a hairdressers and a newsagent.

*** – I’ve absolutely no idea if the correct collective term for people from the Chowdene estate is Chowdenians; however in the absence of motivation to google it I’m gonna leave it in the narrative.

Standing proudly at the bottom of Torquay Garden, this retail edifice stood proudly looking westward overlooking the numerous factories and offices of the Team Valley Trading Estate. Adjacent to the sights of De La Rues, the NCB offices, Armstrongs et al were the more aesthetically pleasing views of the villages of Lamsley and Kibblesworth. As they mirrored the views from the front of my family home on Dorchester Gardens, sights of which I was well acquainted.

With tongue very much in cheek, I was going to whimsically quip the quaternary of shops formed a retail utopia where all Low Fellians*** dreams came true. A statement that would’ve been a clearly ridiculous notion….. Unless of course you dreams incorporate the purchasing a 1/4lb weight of cola cube sweets, Spar branded tins of cheese, the receipt of a ‘blue rinse’ bouffant, or purchasing a can of Barrs Shandy.

*** – I’ve absolutely no idea if the correct collective term for people from Low Fell is Low Fellians. however, akin to the word Chowdenians, in the absence of the motivation to google it I’m also gonna leave that in my narrative.

As well as supplying the Chowdene estate residents with their provisions and bouffant adjustments, the shops were regularly the evening rendezvous place of Low Fell’s younger ‘chattering classes’. Teenagers who sought to put the world to rights with debates of Gore Vidal-like erudition, while scoffing a bag of Spar scampi fries.

It was Chockley who, on a balmy July evening in 1976, famously claimed to have seen the ghost of T-Rex singer Marc Bolan buying a tin of Spam in the Dartmouth Avenue Spar. A ludicrous anecdote on so many levels, the main one being Bolan didn’t die until September 1977.

Chockley, though, wasn’t the only Walter Mitty amongst the group of scallywags who’d congregate around the Chowdene estates stores on an evening. There was also a lad really called Walter Mitty from Frome Gardens, whose parents cruelly felt the need to christen his sister Kitty Mitty.

Of the quartet of shops it was the newsagents I was most familiar with. Not just from almost daily visits as a customer, but also from spending a year or so delivering newspapers for its owners (whose names currently escape me). I was around 14 years old when I started undertaking the role, finishing around a year later…… Now that’s what you call a bloody long paper round!

Seriously, though, my evening delivery route took me down Dartmouth Avenue, up Chowdene Bank, through the dene behind Oakfield Junior School and onto the affluent Earlswood Avenue area, where my final Evening Chronicles were distributed to domestic staff. 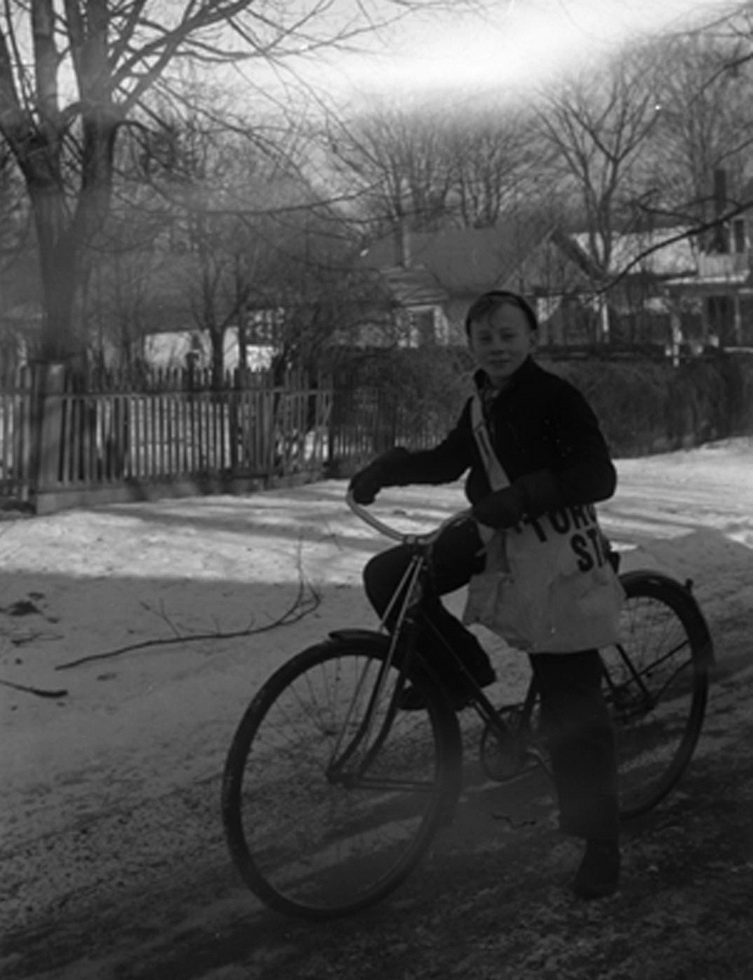 Earlswood Avenue was particularly lucrative for Christmas tips. At old Mrs Coughdrop’s house this being the case even in May. The pensioner suffering from some a sort of calendar dyslexia that led to her celebrating New Year in August, along with confused claims her birthdate was 125th of April.

At 1977’s genuine Christmas, one of Earlswood Avenues residences giving me a £2 (a decent amount in 1977) to split with the lad who carried out the same route on a morning. As I’d no idea who undertook the morning role, I asked the paper shop owner if he’d pass it on, to which he responded “It’s ok, just keep the lot, Gary!”….. Which, not needing to be told again, I did!

I’ll admit, though, on leaving the newsagent shop that evening with 200 penny chews, I felt a pang of guilt at not passing on the morning lad’s share. After all, the poor kid had to get up during the unforgivingly cold winter morns. Consequently, I should’ve made more effort to pay him his cut.

Anyhow, if you’re reading this and worked as a paper boy for the Dartmouth Avenue newsagent in 1977, delivering on the morning to Earlswood Gardens, I owe you a quid…… Additionally, if it’s any consolation, you maybe pleased to hear all those bloody penny chews I troughed pulled out my fillings. Subsequently, resulting in me having to undergo the agony of having them replaced.

I undertook my evening paper round on pushbike. Bereft of gears, riding this low spec bicycle was hard work. In particular when pedalling up the steeper elements of Chowdene Bank and my return climb up Dartmouth Avenue.

Ultimately, though, I was fairly philosophical about the physical strain of my delivery round bike ride. After all, I mused, my task maybe tough without a gearing system, but at least the bike’s fit for purpose, unlike Mackerson, Chesterfield and Chockley who’s futile ram raiding habit frequently rendered their pushbikes unroadworthy.