I took a Transpennine train from Leeds to Manchester Piccadilly this afternoon. To clarify, I was a passenger on the locomotive not that I stole it in a foolhardy re-enactment of 1963’s Great Train Robbery in Buckinghamshire, England.

As we (my wife Karen and me) departed Leeds station, the guard advised via the tannoy that the toilets were at the front and back of the train. He also requested we report anything suspicious, informed there was a luxury of a refreshment trolley onboard and not to waste your time attempting to re-enact 1963’s Great Train Robbery – A foolish move bearing in mind the train was bereft of mail and money bags. 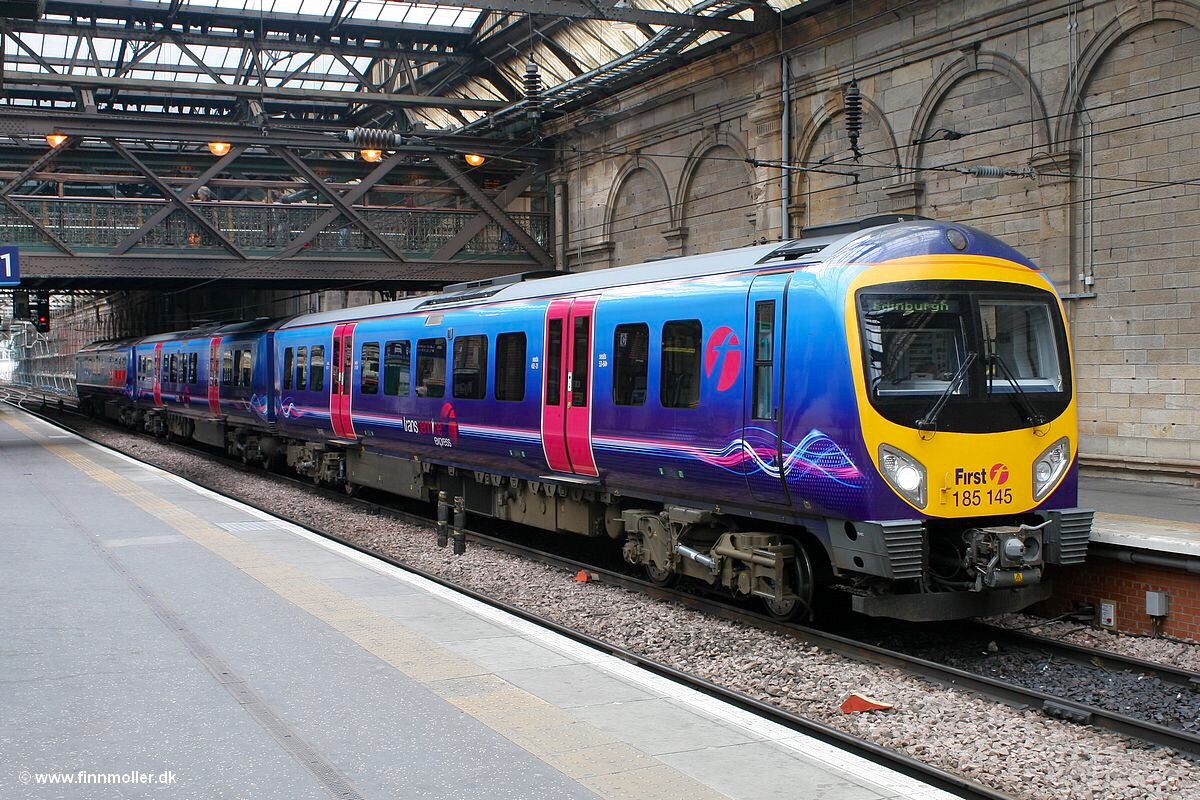 Shortly into the journey, my eye caught a lady two seats in front of me, reading a well thumbed book that was magnolia of hue and chilli a sauce of aroma.

As I watched her in my boredom, it appeared she’d been reading the same page for ages. I concluded that she was either a slow reader, was struggling with the vocabulary on that page, or had fallen asleep.

Noticing she was making a strange low pitched growling noise, I ruled out she’d left this mortal coil. Unless, of course, she was suffering from terminal Low Pitched Growling Disease. I deemed this unlikely, though, as I’d just made up the disease name beside to the snow topped Pennine hills.

Shortly after departing the town of Stalybridge, the woman two seats in front, who’d given up with the page of no end, was now making insipid snorting sounds.

If pressed for a prognosis, I’d say that she was possibly now inflicted from Insipid Snoring Disease. However, as I’m not a doctor and that illness doesn’t exist, I’m unlikely to be pressed and that be an accurate diagnosis.

It’s advice that’s set me in good stead, apart from the time I wrongly diagnosed a friend of having glaucoma, when in fact they were having a nut allergy seizure, causing them to nearly choked on their own tongue.

Ten minutes from Manchester Piccadilly station, Karen also noticed the woman two seats in front (who I will call Reginald, although it won’t be her real name). Leading my wife to express her concern at Reggie’s lack of movement while slumped back in her seat.

“Blimey do you think she is dead, Gary” my diminutive spouse enquired of yours truly, who was only half listening due to to concentrating on writing this blog.

“I doubt it!” I responded, irritated at being distracted.

After half a minutes of studying Reginald’s immobility, Karen piped up in a concerned voice “She can’t be dead or about to expire, as I can hear her making a strange low pitched growling noise. Could she be suffering from terminal Low Pitched Growling Disease.”

“There’s no such thing!” I snapped at yet another interruption.

“How do you know?!” My wee Mrs questioned.

“Because it says so above in this blog!” I countered unconvincingly.

As we continued our discussion about the existence of this controversial disease, Reginald’s husband, who’d thus far had sat quietly reading his book, exclaimed melodramatically “Oh my!…. Is there a doctor on board?!”

Karen and I rushed over to help the apparently panic stricken man.

“She hasn’t got terminal Low Pitched Growling Disease has she?” My sympathetic wife enquired.

Reginald’s husband looked at us both with disdain, responding “Don’t be so bloody stupid, there’s no such thing! ……… She’s having another bout of Insipid Snoring Disease!”

With that Karen and I headed towards the exits to alight the train which had recently arrived at Manchester Piccadilly station.

As our feet touched the platform I turned to my wee Birtley lassie and affirmed “See I told you there was no such bloody thing as terminal Low Pitched Growling Disease. You made a right show of us there!”