One hundred and twenty two years today France became the first country to make it mandatory for all cars and carriages to have a registration plate. It was a move that came after the number of rusting automobiles abandoned at the side of roads started getting out of hand!

Because of lack of registration, the authorities were unable to identify who was responsible for this automobile fly tipping. So the surete (French police) successfully lobbied for legislation to have each car registered.

A pre-registration car in 1890 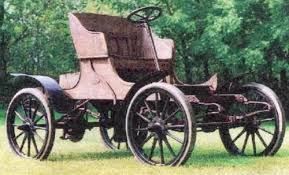 The first number plate was Lou 1, which was a birthday present from Toulonese property magnet Michel Jardin for his lover Chloe Dufont.

She was pleased to become the first owner of number plates. However, in secret she told friends that she’d have preferred it had reflected her name not Monsieur Jardin’s wife Louise!

Apparently, Monsieur Jardin had it made out in his wife’s name just in case “Things don’t work out with Chloe!”

When I say Jardin was a property magnet, I don’t mean he owned lots of Toulonese accommodations. No, he had a magnetic false leg which meant he constantly colliding into metallic fittings on properties in the southern port town!

The rollout of the vehicle registration project was slow and ill thought out. The authorities, in their wisdom, decided that the order of registration would be dictated by the number of onions a person owned.

This meant government workers had to count every onion in the land before they could proceed with the registration process! 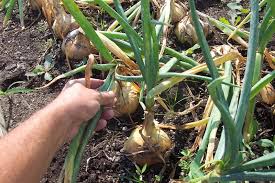 It was a deeply flawed and poorly researched process. For example, after the mass countrywide count the person registered third, due to owning 22,451 onions, didn’t even own a car!

It meant that thousands of French francs had been wasted and the project implementation required a rethink. At a brainstorming session with the Project Manager, a team leader named Gille Truffaut, suggested the people with the most carrots, instead of onions, should be registered first. Errrr……. If they had a car!

The under pressure Project Manager angrily told Truffaut, “We will not prioritise on who the hell has the most carrots, or indeed any flaming vegetable.”

A sheepish Truffaut looked crest fallen. However, as he wanted to justify his existence, raised his hand and asked “What about the people with the most shoes, instead of carrots or onions, being registered first?!…… Shoes aren’t a vegetable!”

He was hastily thrown out of the meeting. The remaining creative brains then sat in silence; tapping and sucking their teeth whilst trying to think of a suitable way to streamline the car registration process.

After fifteen minutes of silence, the Project Manager asked “Anyone any ideas then?!” Amongst much exchanging of glances and raising of eyebrows, the silence remained in the room.

This quiet was broke when the Project Manager picked up his writing quill and exclaimed “Right then! We will register those with the most parsnips, instead of onions, first!

The project team who took the seminal decision to prioritse car registration by parsnip wealth. 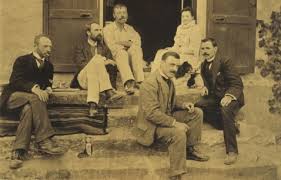 This didn’t streamline the process. However, eventually, all existed cars were registered and an effective procedure was in place to register any new automobiles.

The project team, including the manager who thought up the parsnip counting idea, gave themselves a slap on the back for another project ‘tick in the box’ for a “job well done!”

Despite it being delivered late and over budget, the team went to their local bistro to celebrate with copious amounts of vino and top French cuisine.

The poor onion and parsnip counters were left at the office to deal with the fallout from angry onion/parsnip producers, whilst they awaited the consequences of the next ill thought out project to fall into their laps!