People often comment about how amiable they find Karen. I’m told they find her pleasant natured, approachable, with an endearing almost child like naivety. I have to say though don’t be fooled by the affable façade, as she does have her moments when the geniality slips.

For example she has been known to say “If you don’t stop messing about Gary, I will kick you up the arse!” ……….. I’m not annoyed she said that! However, I’m still not convinced it was an appropriate thing to say as part of her wedding vows! 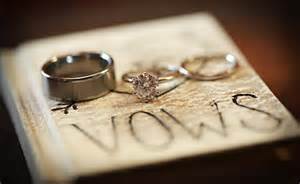 I suppose that there is always a risk when you allow people to write bespoke vows in modern weddings. I recently attended a friends wedding when his promise of protecting his betrothed from zombie attack brought the house down! ………. Not literally, I mean it made the congregation laugh heartily! ………. It wasn’t in a house anyway so it couldn’t have brought it down, it was a hotel! …….. Right I’m waffling! Move on Gary!

However his vow, although funny, noble and gallant, proved to be an empty promise as during the reception the Birtley Zombie Association (BZA) appeared uninvited, and kidnapped his new wife. As the commotion settled the groom shrugged his shoulders, took a swig of champers, belched and exclaimed “Right then, who’s up for the Hokey Cokey!” 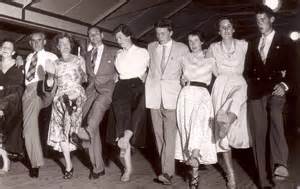 An hour later the bride was returned unharmed after the ransom of a Dualit toaster was met (other toasting devices are available!). She was a little shaken but mightily relieved, although somewhat upset she’d missed the Hokey Cokey! ……… And that her present of a toaster was no more!……. I had no idea zombies like toast so much!!

For the remainder of the day a good time was had by all, even the zombies. They shuffled the night away, happy in the fact there would be toast for breakfast the next day!

I met up with an old friend (Dave) from the north east yesterday, who I hadn’t seen for over twenty years. We rendezvoused in York for lunch and a few beers. We did plan to revisit the daily lunch of eight cheese toasties we had during a holiday in our late teens. However, this was scuppered when the menu was bereft of such delicacies.

Truth be told, though, I was relieved I’m not sure I could manage eight cheese toasties with five pints of beer for lunch anymore! 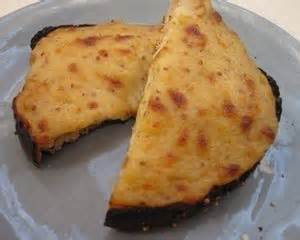 The holiday in question was in Corfu in the early 1980’s. It was a time of mullets, moustaches, a thirty hour flight delay, two broken mopeds, one broken door, and a room with a wardrobe full of old ladies clothes and wigs!

I found the clothes and wig in wardrobe quite unsettling! Dave wasn’t that bothered, though, as it meant for once his clothes weren’t the most unfashionable in the wardrobe!

I thought we’d been checked into Norman Bates’ mum’s room at the Bates Motel, when we first arrived! It wasn’t of course, but I never took a shower all the time we were there, just in case!

We stopped in a two story abode. The Greek family, who owned it, lived upstairs and downstairs the four bedrooms, communal bathroom and kitchen were rented to guests. All English, all young and All Bran for breakfast! ……. Apart from the zombies who had toast!

The first night of our holiday was lost when our scheduled flight was delayed due to the plane requiring a new part. Olympic Holidays kindly put us up in the Airport Hotel at Newcastle, where we drank and enthusiastically played football with an orange in our room! Well until we knocked one of the legs off the TV we did anyway!

Dave and I whinged like hell at the time but when we look back, it was nice to have at least one night in a room with a wardrobe not adorned by old ladies clothes and wigs!

We eventually got off the next day and landed in Corfu in the late afternoon. What followed was a vacation filled with a catalogue of disasters. These included damaging two mopeds in one day, putting a hole through a door, electrocution, nearly blowing up a petrol station when a moped caught alight to name a few!

None of it was from wild behaviour by any stretch of the imagination, just a whole lot of bad luck really! I may elaborate on the incidents in another blog.

I’m closing this now as I’m going for my lunch. ……. Eight cheese toasties here I come!!