It’s Sunday 24th May, on a non-descript day weather wise in Leeds. As I sit seeking inspiration, the silence is only broken by the birds chirping and a distant siren, indicating one of the emergency services is in a hurry to assist someone in need……….. Well, it’s either that or the ice cream van has changed its tune!

What does non-descript weather mean I hear you ask?! Well I’m unable to answer that as I can’t describe it. Hence non-descript! It’s not overly dark, bright or breezy. There is no sun, no rain, no snow and …… Look, just take my word for it, there’s not a lot to say about the flaming weather!!

Karen, Rachel and I are going to my parents for Sunday lunch later. I’m looking forward to the warm welcome, laughs and good food that always accompany these visits.

They are always convivial hosts and there is always a warm glow in the house….. It’s one of the few advantages of having an arsonist as a mother!

As mentioned above, the food is always top notch and plentiful. My mum could feed a small army with the copious amounts of scran she cooks…… In fact, she does have to feed a small army! Bloody Ministry of Defence cuts!!

As I write Karen is talking to my mum on the phone making arrangements for later. I’d say if they don’t stop gassing they’ll have nothing to talk about when we get there. However, on reflection this is Karen and my mum I’m talking about here, it’s unlikely to happen! 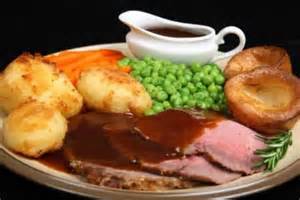 It was the Eurovision song contest last night. I respect people’s right to watch, enjoy and have parties to celebrate, but I just can’t watch it due to the rubbishness of the songs!

I was surprised to hear Australia had an entry this year! I’m not sure how they make it into a competition for European countries, but hey good luck to them! … If I watched it I’d be more concerned about adding more poor songs to it , than the fact a country isn’t European!

Abba ……. the only decent act ever to win Eurovision! (in my opinion) 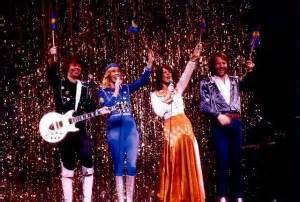 I’ve no idea who won and to be honest I don’t care. As long as it wasn’t the French, the Armenians, the Germans, the French (I really don’t want them to win!), the Aussies, the Latvians, the Danes, the French, the Croats, and any old Russian or Czech republic nations,…… In fact, any country apart from the UK and Ireland! ……. Actually scrub Ireland and the UK as well!

If anyone thinks the paragraph above makes me appear xenophobic, I can assure you I’m not! ….. I’ve got nothing against the Xen’s……… In fact I hope they won the chuffing thing!

Oh by the way, the weather is not now non-descript! The sun has come out, so I’m off to catch some rays!

I searched google with the terms ‘non descript weather’ and this was one of the images it returned! …. Please don’t ask me to explain why! 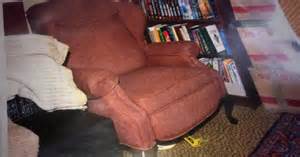