I went to see a talk and Q&A last night with ex-Leeds Utd legend Norman Hunter. When I say that I don’t mean I went with Norman. He was the bloke in question my friends and I went to see give the chat. It was a good night of football chat and a pie and pea supper. 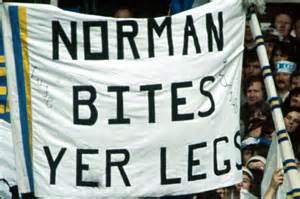 Legend is an overused word at times in football, but Norman definitely fits into that category as a bedrock at the centre of the Leeds defence alongside Jack Charlton, and latterly Gordon McQueen in the great Don Revie side of the 1960/70’s.

The first half of the night involved the ex- Leeds and England player telling anecdotal stories from his career at Leeds. This was followed by signing photos of him celebrating after Allan Clarke’s winning goal in the 1972 FA Cup Final. He kindly signed my picture and at my request wrote a message for Karen (who is from the town next to his in the North East)…… His message was “Does your dad still stand on his tiptoes when he has his picture taken?”

After his signing session he spent about an hour or so answering questions. I felt like asking him what he thought of the pie and pea supper, is it right he shops at Sainsburys and why do chaffinches fly south for the winter………. However, less interesting questions like “What was it like to be part of England’s 1966 World Cup winning squad? Describe the feeling walking towards the Liverpool Kop after winning title in 1969, and tell me about the scrap with Francis Lee!” took precedence!

I don’t wish to regurgitate his stories, but there is one that I feel is worth airing. It involves his ex-Leeds team mate Jack Charlton and Graham Taylor in the 1990’s when they were managers of the Ireland and England sides respectively. 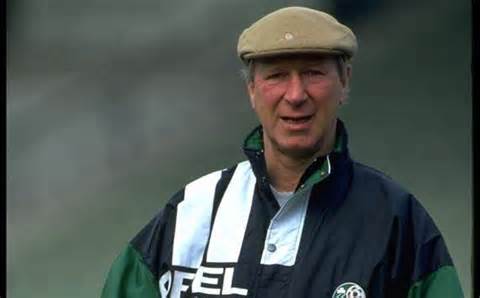 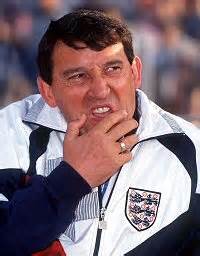 Both teams were sharing a hotel during a tournament. Graham Taylor said to Charlton “How come Ireland do so well when you have a small squad of players to choose from, when we (England) are doing so badly with a large choice of player?” The conversation took the following path after that question:-

Charlton – “It’s down to player intelligence!”

Charlton – (Shouting to Niall Quinn his centre forward) “Niall, who is your mothers, daughter’s brother?”

Charlton – “There you go a bright lad leading my forward line!” 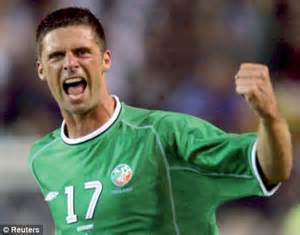 Taylor then shouted over his less than intelligent talisman midfielder Gazza. “Paul, who is your mothers, daughter’s brother?”

After pondering for a while the England midfielder told his boss he would have a think and come back to him!

Gazza went away looking for the input of his more intelligent colleague Gary Lineker. When he found his team mate he asked “Gary, who is your mothers, daughters brother?” 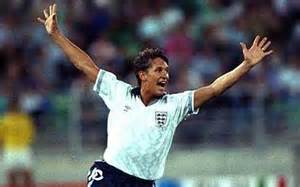 Gazza immediately went back to his international manager and told him “Boss, I know who my mothers, daughter’s brother is!” 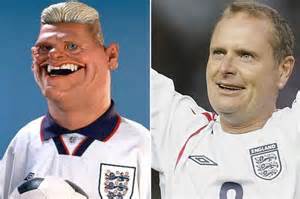