At the end of every ten minute escapade Zebedee (a puppet wizard with a spring supporting his lower body) would conclude the episode by telling the story’s protagonists “Time for bed.”….. followed by a boing sound.

I’m unsure of how or why Zebedee had such authority over the other characters within these children’s yarns. However this Saturday my week long adventures, along with scores of other Strachans, Strahans, Strawns, Strawhuns, Strahins and Strains, also ended with a boing… Well, to be more accurate the Aboyne Highland Games. 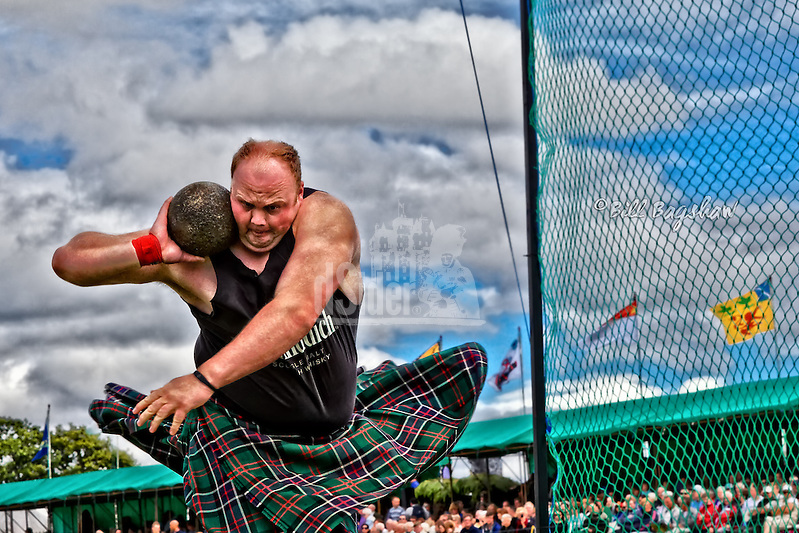 Unlike the controlling edicts of the puppet sorcerer, thankfully my Scottish tribes week of festivities weren’t ended with our clan commander Robbie Strachan barking out totalitarian sleep pattern doctrines to his ‘troops’.

Likewise he felt no the need to send out our kins ‘big guns’ to intimidate rival clans. The several kinsman who were over 6’5″, along with musclebound Jake*** and other ‘troops’ with handshakes like bears kept securely on a leash. The commander keeping his powder dry in the event we needed to respond to provocation from the Innes, Gordons or Forbes.

*** – Jake is our Ice from West Side Story. The gang member we’d probably select if it came to solitary confrontation. Similar to Arthur Laurents’ story, for a one man scrap with kin rivals.

Yesterday’s visit to Aboyne Highland Games was a catalyst to thoughts of how clan battle strategies might pan out in these contemporary times. Would we Strachans be able to overcome provocative actions from the Innes by use of mind games. Would they fold in a gibbering wreck if we deleted them as Facebook friends, or perhaps mentally acquiesce to us after we surreptitiously cancelling their Netflix subscription?!

That being said, my observation about the worthlessness of the ‘The pen is mightier the sword’ adage during 13th/14th century Scottish clan warfare isn’t far off the mark. Clever words of appeasement by diplomats from both sides probably weren’t a thing back then.

During those far less humane times they’d have been no Geneva Convention to protect its vanquished. Anyone captured during a 13th century Scottish territorial conflict were unlikely to have escaped from been slain; unless of course they could placate their aggressors with a bunch of deer/venison recipes or the recipe for Buckfast.