I’ve written quite a bit recently about the Low Fell schools I attended in my youth. A synergy of tales incorporating an amalgam of fact and fiction; predominantly whimsical anecdotes born from being a pupil within the comprehensive schooling system in 1970’s Gateshead.

These musings, some paradoxical, touching on a subset of the teachers and pupils of whom I was acquainted. Along with the educational establishments themselves and the era’s outlook towards disciplining it’s charges.

As a consequence of the onset of middle-age, poor memory and having a fairly incident-free time at school the fictional enhancements were unavoidable. In my defence, though,  I’ve endeavoured to make those elements of the prose so far fetched it’s quite clear they’ve been added for comedic affect.

For instance, when I wrote of a teacher called Mr Camcorder it was blatantly obvious it was a fictional moniker, as for one thing camcorders were’t a thing back then. Unless you count the legacy Russian military versions the Heaviaschov and the Fullovrocks. Supposed portable video cameras which were weightier than an anvil, which required two Soviet female field athletes to lift from terra firma….. And only then if they could unravel their armpit hair. 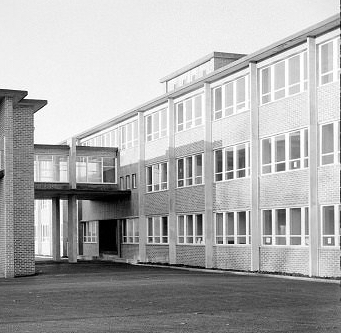 Anyhow, today I wanted to touch upon the next leg of my existential odyssey, leaving school and taking my first job.

As as 16 year old boy, I initially started studying for English and History ‘A’ levels for no other reason than they were the two lessons I was most accomplished at. If you’re a regular reader of my narratives the fact English was one of my better subjects at school may surprise you. However, trust me on this, it was…… Although I suppose that’s probably more an indication of how average*** I was at the other lessons, rather than any real prowess at the English language.

*** – Not a consequence of capability, but the result of laziness and puberty induced indifference to anything.

That being said, as in the interim I’d been offered a full-time job with prospects within walking distance of my Chowdene estate home, I only studied English and History ‘A’ level for three weeks .

This leap into the ‘adult world’ was as an internal post delivery worker at the National Coal Board’s North East area head office, situated on the cusp of the Team Valley Trading Estate (TVTE) in Gateshead. Two large buildings that employed around 1,110 individuals in a variety of roles; people from all over Durham and Northumberland who undertook the white colour labour to support the lads underground who got their hands dirty.

Coal the industry which in it’s pomp, along with ship building and heavy engineering, underpinned both local and national economies…… What could possibly go wrong?!

I can still recall the day of my interview. I arrived at the imposing head office building, a 10 minute walk down to the TVTE from home. I was dressed in an oversized brown jacket and trousers that had seen better days, or at least they had in the days they fit the occupants.

The jacket was a ‘gift’ from my dad that was miles too big for me. I wasn’t inquisitive enough to ask where he’d acquired it, or indeed whose false teeth were in the inside pocket. However, regardless of the item of clothing being large enough for tenor Luciano Pavarotti, it was smarter than going to interview wearing my tracksuit top, so I begrudgingly wore it.

The interview took place in September 1979, not long after a gregarious grocer’s daughter had ascended to the governmental throne. Her mission, if she decided to accept it, to diminish the power of the trade unions. After watching the tape exploded in 5 seconds, she duly accepted the mission, finding the decimation anything but impossible.

I don’t recall much about my interview, apart from one of the three guys interviewing me saying “There are over 200 years of coal supplies underground in Britain. So if you get in here son and work hard you’ll have a job for life!”

I’d mixed feelings about this. On one hand I felt a degree of re-assurance, but finding out he was my dad came as a bit of a shock!! ……… Although, I later concluded having my surprise pater on the selection panel could only help in my pursuit of the role.

The week after my interview, I received a letter from the National Coal Board (NCB) advising me I’d been successful with my application. I was to start in the head office’s post room on the 1st October 1979.

Over the eight years I was employed by the NCB I worked with some great people, some of whom I still keep in touch with by social media, or social drinking. I’ve fond recollections of many people who worked at these offices beside the Lamsley roundabout between Oct 1979 – Nov 1987.

In this narrative I wanted to mention a few of my early work colleagues with who I shared much humour, improvised sports games and, at times, gross immaturity:-

Ian Watson – An innovative and funny lad from the east Durham mining town of Seaham. The inventor of the game Ducket Football; played by the Post Room lads between postal deliveries to expend energy and bend outgoing mail envelopes. The rules of the game were taking turns to kick a paper/elastic band ball into the mail pigeon holes. If it stuck in the ducket it counted as a goal. He didn’t win ‘Improvised Sport in An Office Environment’ award for my Seaham buddy, but like his Klaus Fischer overhead kick impersonation it earned him kudos among contemporaries.

After a drunken night out in Newcastle when Ian and Dave Jackson (another Post Room lad) stopped at my parents house, Mr Watson mistook a peeled potato in a bowl of water by the kitchen sink as a bar of soap. I don’t know what surprised me more, the fact Ian couldn’t tell it was a potato or the revelation he washed his hands!

David Jackson – A South Shields lad who between 1981-1987 I socialised most with outside of work. Always good for a laugh and an argument about football, I was his Best Man when he married Susan Ray, who he’d met at work, in October 1988. Pre-texting days he and Susan used to express their love for each other through exchange of notes by carrier pigeon. Which, although romantic, meant his clothes were rarely free of pigeon s**t!

On a disastrous Corfu holiday he and I had in 1981, Dave inadvertently set fire to his moped in a petrol station after he’d over-filled it with 2-star petrol. This overrunning onto the unguarded spark plug below. Thankfully, the quick thinking station owner put out the fire before it blew up half of Corfu Town and the pair of us were banished from Greece sine die.

Tony Cowley – Middle aged guy from the Northumberland conurbation of Forest Hall who’d lost an arm during a pit accident. Had a wealth of stories about working conditions deep underground in his younger days. Including the requirement for improvised toilet breaks and how coal dust didn’t add anything flavour wise to his lunchtime ‘bait’ of cheese and onion sandwiches. A staunch Labour Party supporter, Tony despaired at the post-1979 demolition of the coal industry under a Thatcher led Conservative government. Never used a potato to wash his one hand.

Kevin Joyce – A Gateshead lad who Tony Cowley nicknamed Cough Drop. Although, similar to Rodney being addressed as Dave by Trigger in TV comedy Only Fools & Horses, no-one seemed to know why. An affable, bespectacled chap, he was the oldest of the lads when I started working in the Post Room. Had more sense, and less footballing skill, than to join in with games of Ducket Football.

Martin Wilkes – Big lad from the affluent east Durham coast town of Whitburn who introduced the adage ‘I’d risk it for a biscuit’ into Post Room patois. I don’t know what risks he undertook during his post delivery runs, however they must have been plentiful as he was never without a Bourbon biscuit. An engaging guy, he was older and subsequently more mature than most of the post room workers. Had a mate called Jonta.

Jimmy Cox – Employed under the departments ‘Let Stop Employing Knackers Who Play Ducket Football’ policy which was implemented around 1982. A smashing lad from Jarrow, Jimmy had an old head on young shoulders. By that I don’t mean he was wise and responsible beyond his years, I’m referring to the fact he’d an incredibly wrinkly face for an 18 year old.

John Smith – Started working with us at the same time as Jimmy Cox. Quiet and sensible of nature, he wasn’t the John Smith who married Pocahontas, or the one who went on to lead the Labour Party.