Unlike the first three events, my offspring Jonny’s lollipop stick tic didn’t make the TV news bulletins, or coax a newspaper sub-editor into providing the ‘scoop’ with column inches.

Even the intellectually undemanding red-top Sunday Sport didn’t take up the opportunity to run the story under a headline of ‘Alien Curse Leaves Leeds Lad Unable to Hold Wood‘.

As my son played cricket for many years, this wood phobia came as a bit of a surprise to yours truly. After all, on the numerous occasions I’ve witnessed his contributions on a cricket field, I’m certain I’d seen him reset stumps with his bare hands.

Admittedly, when batting the wearing of protective gloves would have masked this idiosyncrasy. However, speaking from 30 years of experience, avoiding touching the stumps as a bowler would’ve been a challenging achievement.

Jonny’s hands are clearly more sensitive to lumber than his mother and me had appreciated. I knew he became a ‘butter fingers’ when it came to catching the cricket ball off my bowling. From memory, he only ever held one catch from a shot off my deliveries.

That particular effort came courtesy of a stunning one handed effort high above his head, stood on the boundary edge. Sadly, my offspring was merely strolling around the periphery of the pitch as a spectator at the time, consequently, the wicket didn’t stand.

This incident resulted in me bestowing him with the moniker Jonny ‘Why The F*** Can’t You Do That In A Match’ Strachan. To clarify, over the years he pouched many chances from other bowlers. For some reason, though, he seemed reticent to hold onto anything that would have increased my wickets tally.

I put his reluctance down to jealousy at my superior bowling ability. He, though, claimed it was a consequence of me forgetting to record an episode of the Power Rangers for him when he was five…….. Incidentally, Jonny was a better batsman than I was – A comment I mean as a compliment but, if truth be told, wasn’t an achievement that will get him kudos in the cricketing bible Wisden. 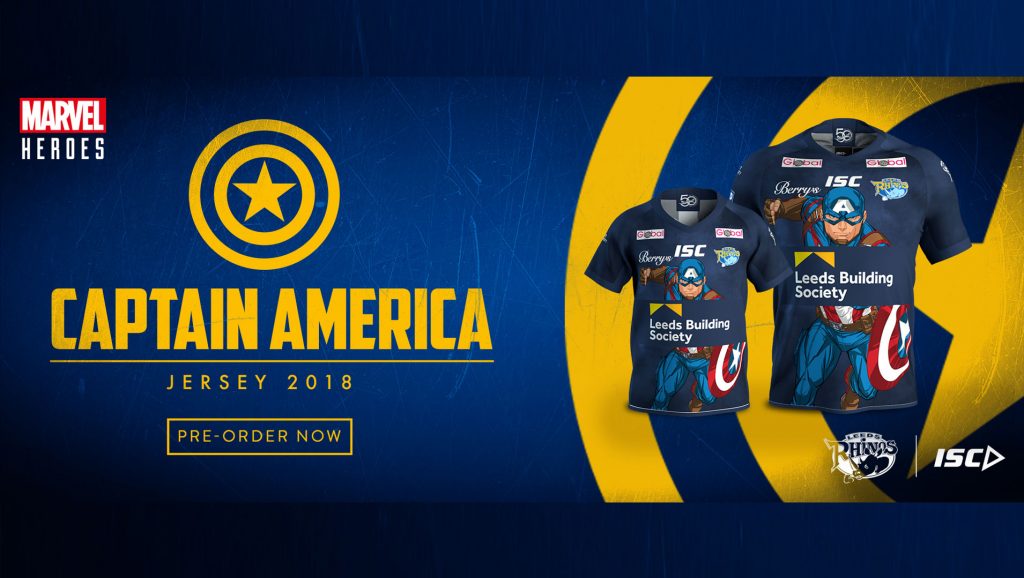 Not too dissimilar to my lad’s dislike of holding wooden lollipop sticks, Leeds Rhinos rugby league players had a similar phobia with the rugby ball in Saturday evenings game with Castleford. Consequently, they produced a performance of such ineptitude they should’ve apologised to fans and reimbursed their travel expenses.

It wasn’t a Magic Weekend for Loiners fans – More Tragic Weekend. The 100 mile return trip from Newcastle to Leeds must have been a sombre affair after witnessing the woeful efforts of their heroes. Idols clad in Captain America shirts especially for the occasion.

The good captain’s indestructible shield sadly not used in defence of the Rhinos back line. That being said, in an error strewn performance, even if they’d had his shield at their disposal, the Leeds players would’ve likely dropped them.

As a Leeds Rhinos fan, Saturday evening provided a depressing couple of hours viewing while sitting in front of the Sky Sports coverage. Pundit Phil Clarke mused at halftime, when the Rhinos were down 22-0, that Leeds’ efforts had been so poor they were lucky to have nil.

Meanwhile, it wouldn’t surprise me if Captain America consults his solicitor as a result of the reputational harm suffered after that abject Rhinos performance.