Along with millions worldwide, my wife and I have just observed a two minute silence, marking one hundred years since guns fell silent in WWI. The centenary of an armistice between the Allied countries and Germany – Ending a four year war which saw around 40 million military and civilian casualties.

I wasn’t sure which surprised me more, learning of the sheer scale of human slaughter during the Great War, or the fact my wife Karen managed to stay silent for two minutes. I make that quip without intention of disrespecting those who I was respecting during those 120 seconds. It’s inclusion merely the consequence of my desire to introduce a little levity into very dark subject matter.

Of course there’s absolutely nothing humorous about war. One casualty is too many, never mind mass butchery seen in WWI. This conflict a topic comedy writers Richard Curtis and Ben Elton chose for their TV series Blackadder Goes Forth.

The target of Curtis and Elton’s whimsy in the six episodes ordinarily the futility of that war, in particular battle strategies that saw thousands of Allied soldiers on the Western Front leaving the trenches to confront German machine gunners armed with bayonets and the yelling of the word “Charge!”…… Unless the ‘Tommy’ was mute, in which event a sharp pointy thing on the end of his rifle barrel was his only weapon.

Back in the day, Blackadder Goes Forth was a particular favourite show of mine. A very funny series which it’s writers pitched with just the right amount of humour and poignancy. Without doubt, a prickly subject for a comedy, especially when attempting to avoid offending viewers, but Curtis and Elton (who are the only sitcom writing team whose combined surnames names make the anagram ‘Nol tit curse’) nailed it.

Comedic literary excellence leading to reviews at the time like:-

“Genius from the Birmingham born writing team!…… They are from Birmingham, aren’t they?” – Lazy Researcher Monthly.

“For someone with such bad eyesight, when it comes to comedy Ben Elton has once again proved he’s the guvnor.” – 20/20 Vision Quarterly.

“There’s too many thick sh!tes in it for my liking,” – The Lancet.

“Sorry, but I can’t laugh at it!…… It’s just not the same since Cliff Michelmore left the show!” – Holiday ’88 magazine. 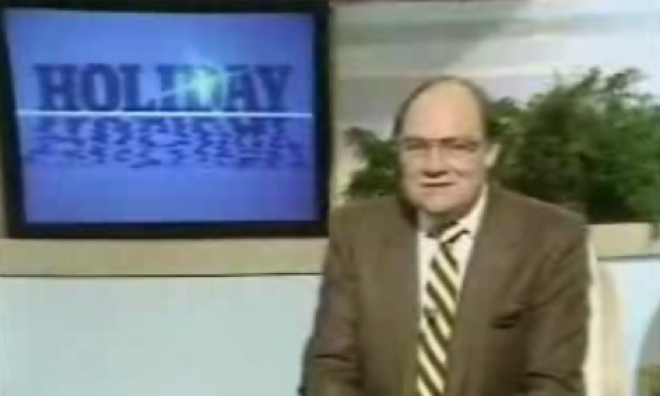 ‘Boosted’ by these sterling reviews, ‘Goes Forth’ was the last Blackadder series written by Richard Curtis and Ben Elton. The duo giving up writing to take up an Amish lifestyle in Pennsylvania. Here they co-existed with Cliff Michelmore, spending their time making anagrams from the names of their fellow Amish. An unassuming people whose monikers could be formed into locutions like ‘Temple Education’, ‘Trout Hand Luggage’ and ‘Smorgasbord Brengun’.

To close, despite my whimsical spin in a narrative about a very dark time in global history, I wanted to re-iterate my admiration for the individuals lauded in today’s remembrance tributes.