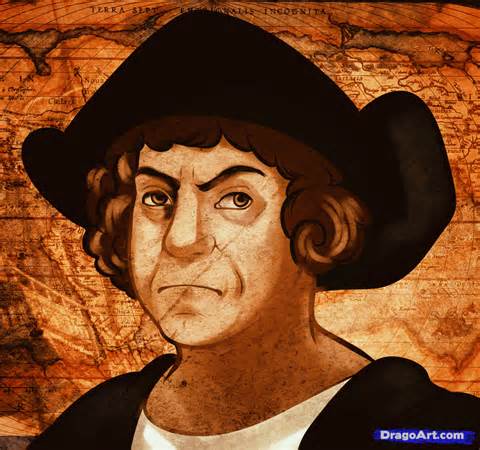 In the song They All Laughed sung by Ella Fitzgerald the lyric includes the lines “They all laughed at Christopher Columbus, when he said the world was round.”

The late comedian Bob Monkhouse also famously once said “They all laughed when I said I wanted to be a comedian. Well they aren’t laughing now!”

I brought up the subject of Christopher Columbus because on this day in 1498 he became the first European to visit what is now Venezuela………….I’m not sure why I brought Bob Monkhouse’s gag up, although I’m sure my random mind had a reason!

Being the first European in the South American country was a huge feather in the cap for the Columbus. He instantly fell in love with the biodiversity of the country. Although, he was said to be slightly irritated he couldn’t send Facebook status and picture updates due to poor wifi reception!

Additionally, he wasn’t amused with the teasing he took from his friends over the huge feather in his cap!

Columbus took an ‘All Inclusive’ break to South America, so all his meals and drinks were included in the price. He spoke highly of the food. However, he did have recourse to complain when the Clams Cuisine were slightly overdone on the third night.

Whilst in Venezuela, the Italian explorer took full advantage of the diverse trips at his disposal. This included scaling mountains in the Andes range, a day trip to the Amazon Rain Forest and several days laid on a Caribbean beach with his book and iPod.

Historians look upon Columbus’ visit as significant historically. After all it was the Genoese who introduced the Venezuelans to nipping female posteriors, riding scooters like a lunatic and showing frustration by using that funny hand gesture thing miffed Italians do!

The Italian gesture I allude to above

Yes, it is said Venezuelans have several elements of their culture now to thank Columbus for. They were not the only nationality who owe gratitude, as Columbus more famously discovered America six years before he landed on Venezuela for the first time.

It is widely acknowledged that Columbus four trips over a ten year period, at the end of the 15th century, were the start of modern history, as it set the stage for European exploration and colonisation of the Americas.

You could say Columbus had the last laugh, following the earlier mocking of his theory that the world is round!

Who knows if it hadn’t have been for the Italian, the Americas may never have evolved as it did post his voyages. They may never have had Irish construction, German cars, Dolmio sauce, French wine, Joe Di Maggio, Mrs O’Flanagan’s mince pies, the Sopranos TV show, Michael Flatterly, British innovation, Spanish leather, Dutch cheese and something from Belgium. Not to mention Americans wouldn’t be able to sit and ponder where the f**k Luxembourg is!

By the way, I’ve worked out why I included the Bob Monkhouse joke above. The gag came to mind when pondering the blog theme of ‘they all laughed’.

To close this blog, I’ll leave you with another of my favourite gags of his and a video clip of him speaking to the Oxford Union:-

“I want to die like my father, peacefully in his sleep, not screaming and terrified, like his passengers.”