Today has been such a slow news day the highlight thus far was a person on TV covering their nose at the precise time someone in our living room broke wind.

The character in the movie obviously wasn’t reacting to the wind in our room. However, as I’m shallow, easily amused bloke the timing made me smile…………. If the fact I’ve had to include that in my blog doesn’t tell you how dull my days been, then nothing will.

I’m assuming the character in Mission Impossible wasn’t reacting to the flatulence at home, but due to its potency, you never know! 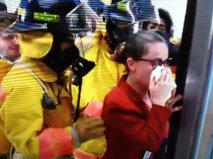 Emmanuelle Beart (above) struggling to come to terms with the flatulence in our front room…………. I don’t know why she’s taking the moral high ground, we all do it! Even Strictly Come Dancing host Darcey Bussell once broke wind (or was that her ankle?) dancing.

With today bereft of incident, I’ve been seeking inspiration for a narrative subject from many sources. In a bid to kick my creative thoughts into gear, I’ve been researching today’s famous birthdays, anniversaries of world changing events and deaths online.

Nothing is jumping out at me from what I’ve seen so far. I’m just meeting lots of names of  “celebrities” that predominantly I’ve never heard of, or if have are yet to inspire me..

One of the names the Yahoo search engine returned when I googled (or Yahooed, should I say!) ‘Birthdays 27th July” was the bizarrely named movie director Yahoo Serious. Amongst his back catalogue of movies is the comedy Young Einstein. 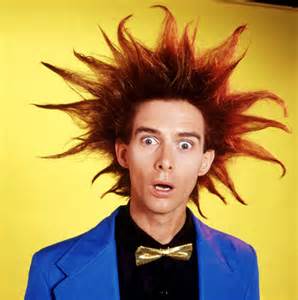 Yahoo Serious ………. or the artist formerly known as Greg Pead

My first thought on seeing the search engine response was “Are Yahoo being serious?” But despite sounding like such an unlikely moniker, on further research it turned out it was a genuine. Apparently, he is an Aussie famed for his conceptual art movies in the 1980’s and 1990’s.

He changed his name from Greg Pead to Yahoo Serious in 1980, shortly before his filmmaking became popular. I can understand the wish to get rid of the name Greg Pead, but I have to say Yahoo Serious wouldn’t be my first chance as a new pseudonym.

Anyway, what he chooses as a stage name is none of my business. So I’ll just wish you a happy birthday Yahoo, or Greg (or whatever you call yourself). May all your dreams come true, apart from the one with the horse which is just wrong……… and probably illegal!

Today is also the twelfth anniversary of the death of US entertainer and golf lover Bob Hope, who died at the age of 100.

Amongst Hope’s many projects were seven ‘Road Movies’ in which he topped the bill with fellow golf freak Bing Crosby. The gags in these films, many ad-libbed by Hope and Crosby, are said to have made up for the questionable quality of these comedy movies plots.

Hope died peacefully in his home in California on 27th July 2003, unlike Crosby whose death was a lot more public, when he passed away after he walked from a Spanish golf course in 1977.

Crosby, whose real name was Harry Lillis Crosby, took Bing as his stage name after concluding Yahoo Crosby would be f***ing stupid names for someone in the entertainment industry!”………. Greg Pead take note!

Crosby is buried near Los Angeles airport next to his wife and close by follow stars like Jimmy Durante, Mack Sennett and the fabulously named Fibber McGee.

McGee rose to fame with his wife Molly in an American radio comedy that lasted from 1935-1959. He was another star who used a stage name. His real name was Lying Tw@t McGee, but his agent thought Fibber was a less confrontational option. 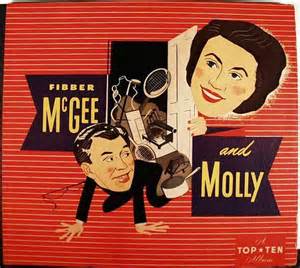 Right I’ve had enough of making stupid names up. I’m off!